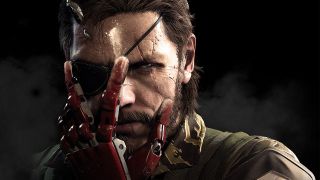 I love permadeath in games. (Also in reality, too, I guess, but one thing at a time.) Permadeath imbues every decision with consequence. It makes every HP loss a terrifying proposition. It can turn some games into dramatic, terrifying, exhilarating adventures. It can lead to soul-crushing defeat, or fist-pumping jubilation. It’s why XCOM, Spelunky, and Invisible, Inc. are three of my favorite games of all time.

There are many other games that don't use capital-P Permadeath as a core aspect of their design but still manage to create immensely satisfying experiences when played with self-imposed permadeath rules (and maybe a few other restrictions).

Anthony Burch is a writer with nine years of experience in the videogame industry. He currently works at Santa Monica Studio.

Self-imposed restrictions: Minimal upgrades. You can only purchase Execution, Impact, Strike from Above, Poison, Brutalize, Detonate, and Wraith Stun.

Shadow of Mordor is a fantastic game by any stretch, but at a certain point—say, about five or six hours in—you become an unstoppable juggernaut. The orc captains who once terrorized you no longer pose much of a problem. You check out their strengths and weaknesses more out of blind curiosity than strategic necessity.

As fun as the game is after you’ve reached this point, I missed that sense of disempowerment and forethought that defined the opening hours.

To that end, I highly recommend you try a permadeath, minimal-upgrades run: Don’t invest in any upgrades beyond the borderline-necessary ones (executing people from stealth, shooting barrels to make them explode) If you die, you have to delete your save file.

Suddenly, it really, really matters if an orc is immune to ranged attacks, because now you have to put yourself in harm’s way to kill him. Suddenly, the question of whether you should brand or kill an orc becomes drastically more difficult: The deadlier an orc is, the more you’ll want to recruit him, but recruiting him will be drastically more dangerous than killing him.

And you know those moments where you’re about to stealth kill an orc captain, only to be ambushed by a vengeful orc you thought you’d killed? Those bits are a hundred times more terrifying in a permadeath scenario.

Prey really doesn’t get the credit it deserves. It’s probably the best Spooky Space Station game ever made after System Shock 2, and it’s so nonlinear that it makes permadeath runs an absolute joy.

Succeeding in a Prey permadeath run (on Nightmare difficulty—Normal is too easy, and Hard seems like it can’t be that hard because it’s not Nightmare, but it is that hard, so you’ll get complacent and die in stupid ways) is less about memorizing specific strategies for specific levels and much more about mastering Talos 1 as a whole.

Because the game’s mission objectives are sprinkled throughout the station, and because resources are so devilishly important to your survival, a Prey permadeath run requires you to make constant risk-versus-reward decisions about how you’re going to empower yourself. Do I head to Halden Graves’ office so I can unlock unlimited Neuromod fabrication and jab myself full of skill points? That could be a great plan, but his office is protected by a Nightmare—maybe I should go to Psychotronics first and get the Psychoscope so I can research some more typhon and get a bunch of cool psi powers.

But, shit, if I do that then all the turrets I’ve been relying on in the lobby are going to start shooting at me, because they’ll identify me as an alien.

Okay, so maybe I’ll… okay. I’ll invest in weapon upgrades and just bumrush the Nightmare with a shotgun. But—goddammit. When I started this run, I turned on the optional survival mechanics, and now my shotgun only has four more shots before it breaks in my hands. So maybe I need to spend my neuromods on crafting and repair?

And so on, and so on, until you either become a goddess of Talos 1 or end up dying at the hands of your own damn turrets that you just told yourself you’d remember to deactivate once you started buying typhon skills.

This has happened to me three. Separate. Times. I love it.

Self-imposed restrictions: Permadeath, except for the instafail stealth hospital levels.

But hoo boy, is it fun to pretend you’ve got a shot.

For two or three months, I would attempt to beat Hotline Miami permadeath at least once a day. I knew I’d probably never succeed, but the thrill of beating each new level—the way your heart skips a beat when an enemy’s shotgun blast somehow barely misses you—is just too damn good. Plus, it's so short that failure never feels too punishing; I think my longest run was something like fifteen minutes, compared to the dozens of hours I’ve lost to Prey permadeath mishaps.

As a die-hard Metal Gear Solid fan, I was really excited for MGS5 to delve into how Big Boss turned into a sociopathic monster who treated soldiers more like disposable assets than human beings. Unfortunately, MGS5 has very little interest in telling that story. But with a little creativity on our end, we can do what Kojima didn’t.

It’s not clearly signposted to the player, but you don’t have to play MGS5 as Big Boss. You can, in fact, play as any soldier you kidnap from the field. Other than their VO and a potential special ability or two, these grunt-level soldiers play exactly the same as Big Boss.

But when they die, you should immediately remove them from Diamond Dogs. They did some good work for you, but they’re dead now. Bring in the next meatbag, give them a rocket launcher, and tell them to take on a bipedal tank single-handedly. Maybe they’ll do better than the last idiot.

Okay, here’s the thing: a Dark Souls permadeath run is hard, but it’s not quite as hard as you think. Maybe you’re imagining that a failed run means you’ll have lost dozens of hours. But that’s not the case!

One of the many beautiful things about Dark Souls’ design is how its rhythms, strategies, and geography just sorta seep into your brain through the act of repetition. Your first run of Dark Souls might take forty hours; your second, half that; your third, half that again. At this point, the no-glitch speedrun record for Dark Souls is about 90 minutes. Ninety minutes!

Any Dark Souls veteran can tell you that while there are a few parts of the game that remain pretty damn difficult (the snipers on the Anor Londo rooftops, Ornstein and Smough, the stupid-ass Bed of Chaos), almost every challenge in the game can be reliably dealt with if you just possess the knowledge and the perseverance.

So, yeah, you might die and lose two hours of progress. But you’ll be surprised by how quickly you can make that time up in your next run.

I love permadeathing Dark Souls because it enhances the gameplay themes that are already there: Don’t give up; you’re better than you think you are; knowledge, failure, and mastery are all intertwined; the Bed of Chaos is some bullshit.

Difficulty: Infamous
Self-imposed restrictions: Go into the game knowing the twist ending. For extra fun, don’t buy any sniper rifles—only use the crappy ones dropped by enemies.

In order to properly enjoy a Far Cry 2 permadeath run, you need to know how the game ends. So, spoiler warning:

For the first 99% of Far Cry 2, you rely on a small cadre of NPC “buddies.” These folks will fight alongside you, they’ll offer you alternate ways to complete missions, and most importantly, they’ll revive you when you die. They’re awesome.

At the end of the game, however, your best buddy—whichever one is left alive that you’ve spent the most time with—will team up with all the other remaining buddies and ambush you.

These buddies have at least twice as much health as any random bad guy, and they’re armed with pretty good weapons, and they used to be your friends. It’s a brilliant and utterly cynical climax.

And now that you know that, you’re ready to permadeath Far Cry 2 on its hardest difficulty setting.

Your buddies are the single best resource you have to keep you alive in the brutal wilds of Unnamed African Country. But if you leave too many of them alive, that’s just more firepower that’s going to inevitably be turned on you at the end of the game. It's a foreboding puzzle that you'll spend the entire length of the game working out a solution to.

So, what do you do? Do you systematically murder your buddies through the course of the game, praying you don’t get into too much trouble before you can find a new one? Or do you let your buddies live, knowing the chance you’ll be taking at the end of the game? And is it, like, morally okay to summon your buddy and shoot them in the face before they’ve even done anything wrong?

You get to answer these questions for yourself just by playing a permadeath run.