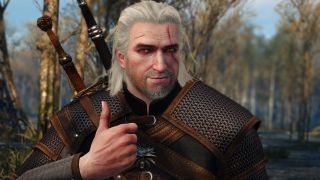 Sky News is carrying the story of a UK teen, Aidan Jackson, who had a seizure while playing a game online. His multiplayer buddy, 20-year-old Dia Lathora, was some 5000 miles away in Texas and recognized the signs of a seizure. Jackson had just said he was feeling strange and went to lay down on his bed for a moment, first turning his microphone so that he could keep communicating. Lathora called the police in Jackson's native Cheshire and in a quick, tense call informed them of the situation. Jackson's parents sat downstairs none the wiser—until two police officers and an ambulance showed up.

On a personal note, I'd just like to congratulate Ian on his pretty nice setup. I'm a fan of the MasterBox Lite he's using. The desk is clean, too, and the RGB is tasteful. He also has a pop filter on his microphone, unlike most of you barbarians.