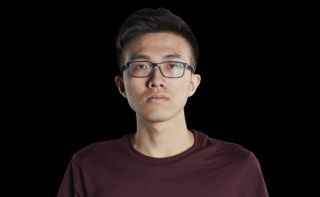 Chung 'blitzchung' Ng Wai, the Hearthstone Grandmaster who was suspended by Blizzard after calling for Hong Kong's liberation, has responded to the statement in which Blizzard walked his suspension back from a year to six months and reinstated his winnings.

"First of all," he wrote, "I'm grateful for Blizzard reconsidering their position about my ban. Earlier this week, I told media that I knew I might have penalty or consequence for my act, because I understand that my act could take the conversation away from the purpose of the event. In the future, I will be more careful on that and express my opinions or show my support to Hong Kong on my personal platforms"

Blitzchung went on to express gratitude that his winnings were being restored, explaining that, "People from Blizzard had explained this to me through a phone call and I really appreciate that and I accept their decision on this part."

Regarding the reduction of his suspension, he's grateful for that too though he noted, "six months is still quite a lot to me" and added "I wish Blizzard can reconsider about their penalty on the two casters involved."

He finished by answering the question a lot of his fans have been asking: Whether he'll be returning to competitive Hearthstone. "Honestly, I have no idea on that yet. Since my next tournament is very likely to be the grandmaster tournament of next season, it's probably at least a few months from now on. I will take this time to relax myself to decide if I am staying in competitive hearthstone scene or not."

He finished by writing, "Hearthstone changed my the way I live, I really love this community. Blessing to all the players out there, and blessing to Blizzard."

Blitzchung has also been answering questions on his Twitch channel. On the Hearthstone subreddit, a commenter translated some of his replies, including this response to the question of how he felt about suggestions of boycotts or protests at Blizzcon: "We can enjoy the game all we want. I mean even if you don't do it it's totally fine, for some people it's their livelihood. Also I was definitely not trying to damage Blizzard by my actions. Also I really want to say one thing. I'm seeing a lot of people pushing streamers, players, casters, Blizzard employees etc to make a statement (regarding me). I want to make it clear that whether you play Blizzard games or not and whether you make a statement or not are completely your personal freedom. I don't think we should push people into anything. I also hope those who stayed neutral or silent won't be targeted by the crowd. Not that I don't appreciate your support but it's their freedom. I am against this "pushing others to speak up" thing. Even if one disagrees with you we have to respect each other. This is the fundamantal line of democracy."