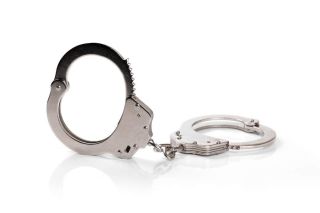 Thomas Cheung, a Twitch streamer and community specialist for Hi-Rez Studios' Smite, has been fired by the developer after his arrest on February 4. Cheung was arrested during an undercover operation by the Georgia Bureau of Investigations, which targeted people seeking sex with a minor. 21 people were arrested over the course of five days.

"Mr. Cheung is no longer employed by Hi-Rez Studios," it reads. "As a parent, it is difficult to imagine more disturbing allegations than those laid out in the news reports. We commend the efforts of the Georgia Bureau of Investigations and other law enforcement to protect our state's children and to send a strong message that the behaviour targeted in their Operation Interception will not be tolerated in Georgia."

According to the GBI's press release, 20 of the arrests were made as the result of investigators conducting "proactive undercover investigations using applications frequented by adults to find casual sexual partners," and "those arrested had sexually explicit conversations with whom they believed to be a child and most of those arrested traveled to meet a child for sex."

Cheung, who goes by the moniker Evinelol on both Twitter and YouTube, started work with Hi-Rez Studios in April 2018, initially on mobile game Paladins Strike, before moving into the Smite community specialist role in November 2018. A Twitch Partner streamer, he previously worked as a community lead on CCP’s VR sports game Sparc.