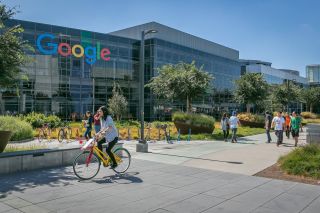 Google co-founders Larry Page and Sergey Brin have announced that they are stepping down from their positions as CEO and president of Google parent company Alphabet. They will remain involved with the company as shareholders and members of Alphabet's board of directors, while current Google CEO Sundar Pichai will assume the role of Alphabet CEO as well.

"With Alphabet now well-established, and Google and the Other Bets operating effectively as independent companies, it’s the natural time to simplify our management structure," Page and Brin wrote in a joint statement announcing the change. "We’ve never been ones to hold on to management roles when we think there’s a better way to run the company. And Alphabet and Google no longer need two CEOs and a President."

With Pichai now running things, Page and Brin say they are "deeply committed to Google and Alphabet for the long term, and will remain actively involved as Board members, shareholders and co-founders."

Page and Brin founded Google in 1998 while they were Ph.D. students at Stanford University, and have since guided the company through extremely rapid growth beyond its core search engine. Over the years, Google Docs, Gmail, and Google Drive have become ubiquitous productivity tools, Google Translate and Maps are effectively the default translation and navigation tools, and Chrome has grown to dominate the browser market. YouTube, which Google acquired in 2006, is the king of video sharing platforms, and of course now the company is making a move into streamed gaming with Stadia. Alphabet was founded in 2015 as part of a restructuring that made it the parent company of Google and various subsidiaries; it now has more than 100,000 employees worldwide and generated 136.8 billion in revenue in 2018.

It's a big change, even if it isn't likely to have any obvious on-the-ground impact, but it may not be entirely unexpected, at least among corporate analysts. According to CBS, Page and Brin have been conspicuously absent from Google events over the past year, including the Alphabet shareholders meeting in the summer. Pichai, on the other hand, has taken on a higher profile, representing the company in quarterly earnings calls and congressional hearings.

"We are deeply humbled to have seen a small research project develop into a source of knowledge and empowerment for billions—a bet we made as two Stanford students that led to a multitude of other technology bets," wrote Page and Brin. "We could not have imagined, back in 1998 when we moved our servers from a dorm room to a garage, the journey that would follow."