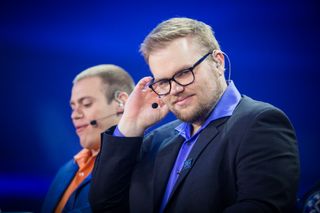 StarCraft commentator and pro Geoff "iNcontroL" Robinson has died at the age of 33.

Robinson was a StarCraft pro and one of the first players allowed to play StarCraft 2 during its pre-beta period. He captained the Evil Geniuses team and went on to become a popular caster, as well as a streamer of everything from Apex Legends to Warhammer 40,000.

The cause of death has not been revealed, but his social media accounts were updated over the weekend with this confirmation: "With immense grief, we announce Geoff’s unexpected passing due to sudden illness Saturday. We ask privacy as his family works to understand what happened and make arrangements. To honor Geoff or offer comfort to his family, we suggest donations to @SoCalBulldog, which he loved."

I've known Geoff for almost 20 years. We played Brood War in high school & college and did years of SC2/BW events together. Geoff was a one-of-a-kind person. I'll miss you man. I'm so sad. https://t.co/Rcv6qb1sEsJuly 22, 2019

Update: A message posted to Robinson's Twitter account states that he died as a result of a blood clot in his lungs. "He was with friends. He always urged and led us by example to take care of ourselves to the best of our ability. Remember to do that for him today."