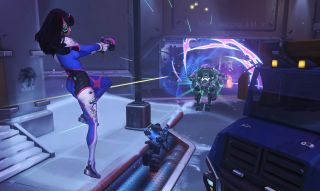 If you’re eager to watch some high level Overwatch play in the lead up to Blizzard’s official World Cup finals in November, the Heroes League Season One tournament finals kick off this weekend. The Oceania-based league will host its finals starting 4pm AEST on Saturday, and will broadcast live from an Auckland studio.

Competing teams are the top 8 from the League’s regular Swiss season, selected from 40 teams, with Chiefs ESC and AVANT GARDE among the finalists. The prize pool amounts to $3000 – $2400 for the winning team, and $600 for the runner up. That’s the largest prize pool for an Oceanic Overwatch tournament thus far.

The double elimination tournament will take place over two weekends, and will feature casting from League of Legends commentator Pixie, and Team Fortress 2 expert Avril.

According to Heroes League’s Rowan Rapisarda, the objective of the league is to bring together players with a broad skill range. “We're looking to go pretty big for top level competitive Overwatch in the region while also remaining a place for teams of all skill levels to play, with low barriers to entry,” he said. “Season 1 had teams ranging from never playing outside of matches to playing 6 nights a week. Season 2 onward will support this further with multiple divisions to ensure teams play others of equal skill level and commit appropriate amounts of time to play.”

For details on how the play-offs are structured, head on over here. You can stream the tournament on Twitch over here. Check out a teaser below: