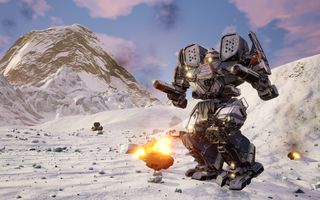 Piranha Games has released the first version of MechWarrior 5's mod editor via the Epic Games Store, letting you finally get cracking on making your own maps and weapons.

Alongside the editor, Piranha Games has put together a handy guide to get you started. By the end, you'll know how to create a test map, spawn AI mechs into the map, spawn yourself, create a level 6 weapons, modify a mech loadout asset and set up Wwise so you can do some audio modding.

There are already a few mods available via Nexus Mods, though most of them were released before the editor was released, including one that lets you control your mech using your voice. As for the newer ones, there's a mod that adds better rewards and an immersion mod to make it feel like you're looking at the game through a pilot's helmet.

I've not spent much time in my mech because I'm still hooked on its tactical counterpart, BattleTech, but maybe it's time to hop back in.