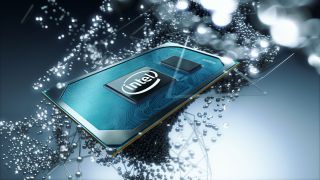 After much talk about AI, self-driving cars, and laptops, Intel provided a few details about its next generation processors during today's CES event. We don't know how soon devices with 11th Gen CPUs will start shipping, but a promo video said that they're "coming soon." August or September would be my bet, then.

Intel's next CPUs are codenamed Tiger Lake, and let me be clear that these may not be for desktop systems. Comet Lake will come first to high performance desktops, probably next month, and perhaps a variant of Tiger Lake could end up in desktops as well, but for now they're the domain of laptops.

Tiger Lake will include additional architectural enhancements to improve performance in certain workloads, for example via additional DL Boost optimizations and instructions. It will also be the first Intel CPU to integrate Intel's upcoming Xe Graphics—which will also be used in discrete cards.

The Tiger Lake demonstration consisted of Intel showing a laptop running Warframe at "HD resolution." Did Intel mean 720p HD, or 1080p Full HD? It wasn't clear, and we weren't shown settings or framerates. All I can say for sure is that a Tiger Lake based laptop was able to run Warframe at what appeared to be more than 30 fps.

Intel claims Tiger Lake will double the graphics performance of its current 10th Gen processors (aka, Ice Lake)—and Ice Lake basically doubled the performance of Intel's previous UHD Graphics 620 solutions. What's four times as fast as 'too slow?' That's difficult to say exactly, but we might actually get decent graphics performance out of Tiger Lake. Intel says it will bring "HD gaming performance to millions of users." Being able to play any game at modest settings using just Intel integrated graphics would be a great improvement from the current state of affairs.

Intel also mentioned improvements in general performance outside of games, with "double digit performance gains—and not just 10 percent." AI accelerated workloads will play a part in this, and Adobe showed off a few of its AI workloads powered by Adobe Sensei. The potential to help content creators is certainly there, and it's something I look forward to testing in the future. Performance in other workloads remains unknown, but depending on core and thread counts, Tiger Lake could deliver significant gains.

There's a lot more than just performance. Intel showed off foldable laptop/tablet devices powered by Tiger Lake, and the U-series motherboard for the Tiger Lake platform is the smallest U-series board Intel has ever created. It will help pave the way to thinner and lighter devices, along with improved battery life.

The final tease from Intel was for a discrete Xe Graphics solution. This was in another laptop, suggesting Intel is hoping to enter the gaming laptop market as well as the desktop graphics card market. Intel also dropped a name during the demonstration, saying this was the first Xe-based discrete GPU, codenamed DG1. So we still don't know what Intel's dedicated graphics cards will be called ("DG1" just means "Discrete Graphics 1" as far as I can tell), but it was able to run Destiny 2 at what appeared to be decent framerates.

It's going to be an exciting year for Intel graphics, regardless of how fast the GPUs end up being. A third real player in the graphics market, improved integrated graphics performance, and longer battery life for gaming laptops would all be good things as far as I'm concerned. We'll look forward to putting the hardware through our benchmarks when it becomes available.