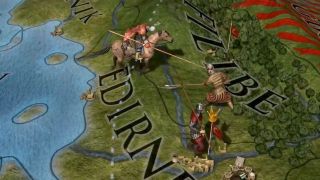 Today marks the launch of the sixth expansion pack for Paradox grand strategy game, Europa Universalis IV. This expands diplomacy options and focuses powerful groups like the Magnates of Poland-Lithuania and, of course, the Cossacks of the steppe.

Cossacks lets you publicly take a stance on foreign powers and let the world know which territories you're interested in, which you can then use to entice allies to join you in a land-grabbing war. Or you could make friends, spread peace and reap the benefits of sweet, non-violent trade agreements.

Colonial policies let you select an approach to the natives in your colonies, with options such as "trade, assimilation, or subjugation". The expansion also adds new espionage actions that let you spy on the technology of other nations. The Cossacks is out now and available on Steam.