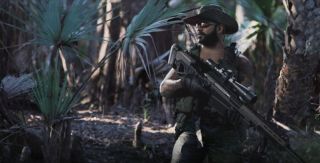 Infinity Ward has joined a growing number of developers and publishers raising awareness about Australia's wildfire crisis, an annual problem that has been made all the more devastating this season thanks to climate change. The studio has rebranded some Call of Duty: Modern Warfare DLC, the profits from which will be donated to support those affected by the fires.

Call of Duty: Modern Warfare's Outback Pack, now the Outback Relief Pack, will fund the donations, and you can grab it for yourself now. Infinity Ward says 100 percent of the net proceeds across all platforms will be used to provide relief.

If you purchased the pack before Infinity Ward made the announcement on Friday, don't worry, as your purchase will still count towards the donation. Everyone else can help Australia by buying the DLC through January 31.

For those of you who don't play Modern Warfare, there are loads of ways for you to still lend a hand, including sending donations to the Red Cross and the NSW Rural Fire Service.