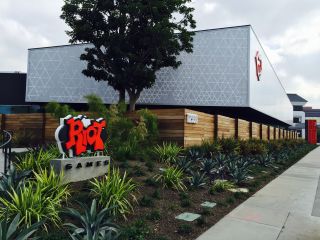 Employees at Riot Games had fears and concerns about their company’s plans to announce seven new games last year, specifically the mobile games and card game, due to prior backlash among gaming communities to similar projects. The fear was such that marketing strategies were developed to specifically avoid negative reactions. In an extensive Twitter thread, League of Legends Communications Lead Ryan Rigney broke down Riot’s five strategies for avoiding backlash when announcing “risky/controversial” games. In recent years, Blizzard’s announcement of mobile game Diablo Immortal and Valve’s announcement of card game Artifact both triggered backlash from their dedicated fanbase. Riot feared the same from its dedicated League of Legends fans—especially as Riot has always been perceived as a one-game company.

5 WAYS TO ANNOUNCE RISKY/CONTROVERSIAL VIDEO GAMESEarly last year, there was some fear/concern at Riot about our plans to announce a number of mobile games and a card game.All the announcements ended up going really well. ITT I'm gonna share some strategies we used. >🧵1/22 pic.twitter.com/FrngQiBtb5January 4, 2020

Riot especially wanted to ensure it was acknowledging that it was jumping on the bandwagon by releasing an Autobattler, Teamfight Tactics, and generally show its love and nerd credentials in each new genre the developer was moving into. “The solution here was to be honest and talk about TFT with players the same way we were talking about it internally,” said Rigney, pointing out that their official announcement pointed at Dota Auto Chess as the direct inspiration for TFT.

Rigney also noted that some showed reluctance to “lean into the memes” by embracing the anti-Diablo Immortal meme “Do you guys not have phones?” in its TFT Mobile announcement. This was specifically because Riot did not want to be perceived as taking a cheap shot at competitor Blizzard’s expense. Their intent was to, instead, “play with and subvert” the meme. Nonetheless, announcing eight new projects at once was inevitably going to be perceived as a move against a company many have come to see as Riot’s natural rival. Our own Steven Messner certainly thought of it as a declaration of war.