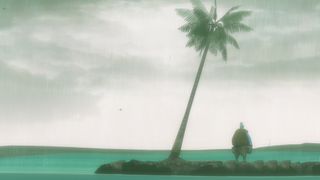 The first game I ever bought from Steam Early Access was a survival sandbox called Under the Ocean. I paid $7 in June 2013, and I played it, enjoyed it, and tried out new alphas as they were released over the next few months. As time passed, the game's scope grew, devblogs and roadmaps were published, and new features like multiplayer were discussed with the community. In 2014, things began to change. Communication from the developers slowed to a trickle. Multiplayer was shelved.

On February 3, 2015, developer Paul Hart revealed that Under The Ocean's programmer had quit. Hart said he still wanted to finish the game, though he didn't know when or how it would happen because he would be "restarting the project from scratch." Refunds weren't an option—the money earned from Early Access sales was gone. Hart continued to work alone, though said he couldn't devote much time to it. The eighth alpha still exists in the libraries of those who bought it, but the game is no longer on Steam.

When we think of gambling in games our minds immediately go to loot boxes, but there's no bigger gamble than Early Access. Players hand over money thinking they're buying a game, but they're not. They're placing a bet. They have no way of knowing if they'll win, or even what they'll win. Often it works out and everyone, devs and customers, are happy. Other times players wait years and wind up with a game they don't like, one vastly different than the one they thought they were paying for, and occasionally, no game at all. And sometimes they're left with just an ancient alpha collecting dust in their library.

Steam Early Access was launched in March 2013 with a total of 12 games. Some left Early Access fairly quickly, including ArmA 3 (which launched within the year), Kerbal Space Program and Prison Architect (which arrived in 2015), while others took quite a bit longer, like Kenshi, which didn't launch until 2018. A few of those original 12 never arrived, like Under the Ocean and a rhythm game called 1… 2… 3… Kick It!, which is still in Early Access.

But Early Access quickly became a big hit with developers, particularly solo devs and small teams and studios (though AAA devs and publishers have used it too), because it allowed them to earn money from their unfinished games and use it to fund the remainder of development. It was a hit with players, too, because it meant they could jump in early to play games they might otherwise have to wait years for. They could typically pay less than a full release would cost but receive a complete version when development was complete. And there was also the promise of participating in the development of a game through feedback and communication with the devs, an enticing hook for the most passionate enthusiasts. Why just play a game when you can help shape it?

All genres of games can appear in Steam Early Access, but survival games leaned on it hard, mostly due to Bohemia Interactive's DayZ. After three years as an extremely popular mod created by Dean Hall for ArmA 2 and 3, the standalone version of DayZ entered Early Access in December of 2013. It sold 400,000 copies in a week. Within a year Bohemia Interactive had sold over 3 million copies of a game that had bugs so bad players couldn't even climb ladders without dying instantly, netcode that had survivors desyncing  across the map, and zombies that could walk through walls. It was an incredibly engrossing and exciting game—I personally put in over 200 hours—but it was also a bit of a mess, and it would stay that way for years.

After DayZ became a top seller and massive success despite not even being finished, Steam quickly became packed with unfinished Early Access survival games. Many were just frameworks: an open world and a few basic survival systems to keep players busy while the devs continued to work on other features. Players could scavenge gear and supplies, eat and drink to keep their meters filled, engage in some basic crafting systems, and deal with some sort of threat: zombies usually, wild animals occasionally, and most often, other Early Access players. A new genre was born: not just survival games but Early Access survival games.

I love survival games and bought and played a ton of them in Early Access myself, many of which I barely remember now. I bought Starforge, one of the original 12. I bought Reign of Kings (made by the developers of Starforge). The Long Dark, Rust, Ark: Survival Evolved, Subnautica, Just Survive (H1Z1 at the time), Unveil, Miscreated, Empyrion, Frozen State, Hurtworld, Grav, Better Late than Dead, Three Days, The Solus Project, and at least a half-dozen more.

Some of these Early Access survival games went on to eventually be completed. Some still remain in Early Access. A few turned out great and became big or modest hits, while others stumbled, fell, and faded away like Under the Ocean. Most, at some point, drew ire from Early Access customers who became impatient with poor communication from developers, infrequent updates, and features that either never arrived or wound up being cut—a normal occurrence in closed development but one tricky to explain to thousands of people who have already paid for and are playing the game.

And then there was all the waiting. As more games missed milestones and deadlines and revised their roadmaps to extend their stay in Early Access, sometimes for months or even years longer than planned, players became more skeptical of the system. Many began to feel less like they were contributing to a game's development and more like QA testers who had to pay for the privilege of finding and reporting bugs. For better or worse, they were getting what they asked for: a transparent view of the difficulties and realities of game development.

But the popularity of Early Access survival games continued. Ark: Survival Evolved sold millions of copies and is still one of the most-played games on Steam, though it weathered a number of controversies in Early Access, including selling DLC while still in an unfinished state and a sudden price jump from $30 to $60 prior to full release. The Long Dark experienced several delays before leaving Early Access, but is a great game and a massive success. Rust left Early Access last year but in an "alpha" state, according to its creator Garry Newman. It's currently one of the top ten games on Steam.

Then there's The Stomping Land, a dinosaur-based survival game that raised over $100,000 on Kickstarter before entering Steam Early Access. It was delayed and then abandoned by its creator, leaving backers unable to acquire refunds and leaving several artists on the project reportedly unpaid for their work. Just Survive spawned King of the Kill, a massively popular battle royale, but the survival mode languished for years and then shut down for good in without ever having been finished.

DayZ, meanwhile, finally left Early Access at the end of 2018, five years after it set the trend, and even after all that time it still didn't contain all the features originally planned.

That same year, another post titled "The Last Update" appeared on the Steam community page for Under The Ocean, stating that game was essentially dead. Currently if you attempt to open the last published roadmap in Google Docs, you're informed that the "File is in owner's trash," the bluntest of epitaphs.

The developer has promised a free key to any upcoming (and currently unnamed) projects for customers that provide a receipt for Under The Ocean. "I want to start to tackle smaller projects that I can realistically finish between working a job and being a decent father, and I hope you join me for the ride," he wrote. "Maybe one day Under the Ocean will live again."

Anything is possible. I just wouldn't bet on it.