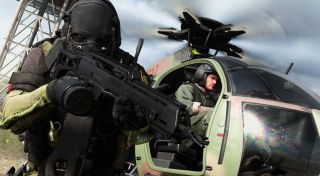 Call of Duty: Modern Warfare's first season started back in December, but if you've not had much time to spend with it, Infinity Ward has some good news: it's been extended for a few weeks.

Infinity Ward announced the extension last night, but if you've already spent loads of time working your way through challenges and unlocking new items, you'll still have new stuff to dig into.

Additional items and challenges will be available, not least of which is a challenge that will net you a crossbow. More remixed game modes, playlists and things to buy in the store will also be added to the roster.

Along with the new diversions, players will also be able to enjoy faster progress thanks to 2x XP, weapon XP and tier progression between now and February 11, after which Season One will end.