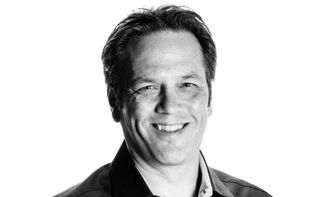 Microsoft is on a video game spending spree. In the past year it’s bought six studios, including Forza Horizon studio Playground Games and Hellblade developer Ninja Theory, and founded a new one. For PC gamers, the two most striking acquisitions are Obsidian and inXile. Both are synonymous with PC gaming—Obsidian’s founders are the same developers that made classic RPGs Planescape: Torment and Fallout 2, while inXile’s CEO Brian Fargo co-designed Wasteland.

Microsoft hasn't done PC gaming well over the past decade. No one liked Games For Windows Live, its last aborted Xbox-on-PC platform, and Microsoft's own games are today all sold through the Microsoft Store, which is still a pain to use nearly four years into the life of Windows 10. But it has been getting better, and the decision to buy two leading PC developers suggests the company is taking PC gaming more seriously than ever.

With that in mind, I spoke to Phil Spencer, Microsoft’s head of gaming, about how hands-on Microsoft intends to be with its new studios, whether they’ll allow more Microsoft games to release on Steam, and what Microsoft has learned from working with other studios in the past, including the acquisition and closure of Fable developer Lionhead.

Spencer tells me via email that the Obsidian and inXile deals were in part an attempt to "create depth across platforms and genres of expertise," specifically RPGs. I ask whether he thinks the studios will adjust their focus away from PC gaming to a broader platform base, and he says he doesn’t expect so. It will be up to the studios to decide what platforms to make games for, he says.

"We want to empower game creators… to extend the reach of their games to the broadest global player base possible. That said, we…[understand] that there are certain types of games that may be best experienced within a specific context, or with a specific input method (keyboard and mouse, controller, etc)," he says.

"Obsidian, inXile and all our studios will have the resources to reach players on any device and we’ll support the decisions each studio makes regarding the platform and features that let them deliver the experience they want for gamers."

It’s worth noting that both inXile and Obsidian appear to be independently broadening their horizons. Obsidian’s most recent game, Pillars of Eternity 2, released on PC last year, and will come to consoles later this year. Its 2016 RPG Tyranny was, and remains, PC-only. Its next game, The Outer Worlds, possibly out in August, will launch on PC and consoles at the same time. Past Obsidian RPGs have come to PC and consoles simultaneously, including Fallout: New Vegas and South Park: The Stick of Truth.

It’s a similar story for inXile. Wasteland 2 came to PC in 2014, a year before consoles—but Wasteland 3 is set to launch across platforms at the end of this year. There’s no indication, however, that either studio will move away from their role-playing roots, which is good news for PC RPG fans.

Spencer says Microsoft’s main role with its new studios is to provide "tools, talent and resources" to the development teams. He doesn’t want studios to change their culture, and points to Minecraft developer Mojang, bought by Microsoft in 2014, as a good example. "We want each studio to retain their unique spirit and culture while feeling empowered by the collective resources they now have as a member of Xbox Games Studios and Microsoft. We’re here to help lift any of the distractions and challenges that have kept them from what they do best.

"The opportunity for collaboration and shared learning across our new and existing teams is potentially what’s most exciting to me. It’s been inspiring to hear stories already of how the incredible talents across these teams are reaching out to connect, share and learn from one another."

The studios themselves are saying the same thing. Ever since the deal was announced, inXile’s Brian Fargo has talked about how the studio will continue to make the same kinds of RPGs it always has, but that now they’ll have more resources to pump into development.

I can understand the natural skepticism of seeing small companies bought, we've all seen some subsequently dismantled after. Our deal with Microsoft allows InXile to grow and dream like never before. This is a wonderful thing for our future.November 12, 2018

Following the deal, he told Eurogamer that Microsoft will not influence the kind of games inXile makes. "They've not once said 'we'd really love you to do more of this or less of that'—that's never been a conversation. Really, it's going to be up to us, and very much us talking to our fans about the things they'd like to see. We're not necessarily walking away from isometric [games] at all. There's still some great things you can do with it that haven't been done yet."

In a video released shortly after the deal was announced, Obsidian was similarly positive, and chief operating officer Chris Parker said that the team "absolutely have to keep things as they are."

Want to know what each of Microsoft's game studios is developing right now? Here's a full rundown.

It all sounds idyllic—but some of Microsoft’s past acquisitions haven’t exactly gone to plan. Microsoft bought Age of Empires developer Ensemble in 2001 and closed it after the release of Halo Wars in 2009. It shut down FASA after the development of Shadowrun in 2007. Microsoft bought Lionhead, the studio behind the Fable series, in 2006. Ten years later, it shut the studio down. How will Microsoft ensure those failures don't repeat?

"I’m very proud of the work that Microsoft and Lionhead did together on the Fable franchise," Spencer says. "It is always an incredibly difficult decision to close a studio or cancel a game. In every one of our past studio additions we’ve learned from the experience, from aligning on goals ahead of acquisition, to decisions on whether to relocate teams and/or retain existing organizational structures. That learning and planning has paid off when I think of Rare and Mojang."

It's worth noting that, in interviews, most of the staff that worked on Lionhead games have described Microsoft as helpful, and far from interfering. But inevitably, there has been friction: Former Lionhead art director John McCormack has described how he argued with Microsoft on the marketing and box art for Fable 2. Phil Tossell, a former gameplay director at Rare, has spoken about the "severe culture clash" following the Microsoft acquisition. Whether cases like these will repeat themselves with inXile, Obsidian, or any of Microsoft’s other recent acquisitions remains to be seen.

One hanging question is whether future inXile or Obsidian games will be released on Steam, or whether they’ll be exclusive to the Microsoft Store. The company’s insistence on releasing most Xbox Games Studio games exclusively on the Microsoft Store—including Sea of Thieves, Forza Horizon 4 and Gears of War 4—has been a sore point for PC gamers, largely because the store is, in James’ words, "an abomination." Microsoft knows that it has a lot of work to do to improve it, and Spencer adds that company’s "first priority is delivering a new Store experience for games that factors in all of our learnings from past challenges on the PC."

I ask him whether we can expect future Xbox Games Studios games to release on Steam as well as the Microsoft Store, to which he’s non-committal. "It’s a good question and something we’ve spent a lot of time thinking through. I expect us to share more details on our plans here soon."

The latest on Wasteland 3 is that it will still release on Steam and GOG, and Obsidian’s The Outer Worlds is coming out on Steam, too—although that’s being published by Take Two, rather than Microsoft Studios. The true test will arrive when one of these studios starts a new game, with Microsoft involvement from the start.

Finally, I ask Spencer just how important PC gaming is to Microsoft right now, as a new gen of Xbox hardware approaches. "Delivering great gaming experience to PC players is critically important to the future of Xbox and gaming at Microsoft," he says, adding that the company has, as the creator of Windows, a "responsibility to invest in new ways we can benefit the PC player to help ensure they stay at the center of the experience."

"While we are proud of our PC gaming heritage, we’ve made some mistakes along our journey. We know we have to move forward, informed by our past, with the unique wants, needs and challenges of the PC player at the center of decisions we make. I know we’ve talked quite a bit over time about what we want to deliver for the player on PC, but at E3 this year, and throughout 2019, you’ll begin to see where we’ve been investing to deliver across Store, services, in Windows and in great games. It’s just the beginning."