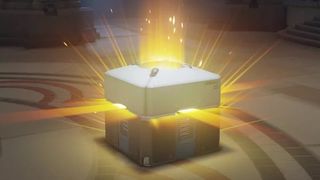 The UK Gambling Commission published a report this week which found that three in ten children, out of the 2,865 polled, had opened a loot box in a game. It did not, however, find a link between loot boxes and gambling.

“The commission also raised concerns that close to a million young people had been exposed to gambling through ‘loot boxes’ in video games or on smartphone apps,” the BBC reported, tying loot boxes to the growing number of under-age gamblers.

What the Commission's report actually found was that the most common gambling activities are making private bets with friends, National Lottery scratchcards, slot machines and playing cards for money with friends. Even were the report to conflate online gambling with loot boxes, which it does not, online gambling rates are relatively low.

"We've not in any way, in the survey, referred to it as exposure to gambling," a Gambling Commission spokesperson told GamesIndustry.biz. "The reason we've asked that question is that it's a very popular subject matter and we want to try and make sure that we have as much information and data around it as possible."

The report could be clearer, however. The very brief section on loot boxes doesn’t use the word ‘gambling’, but it does come right after a long list of ways in which children do gamble.

The UK Gambling Commission maintains its stance that loot boxes are not a gateway to gambling, and here’s the legal status of loot boxes around the world.