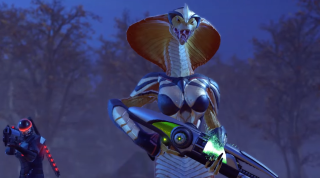 We recently described XCOM 2 as "more of the same, just bigger and better," but that's not to say nothing substantial has changed. In fact, quite a bit about how you play, promote characters, and upgrade your base requires a fundamentally different strategy than before. So much so that special guest Maxwell McGee of the GamesRadar+ parish decided to break down the big differences between XCOM: Enemy Unknown and its upcoming sequel. Watch the video above to see the biggest changes between the two games.

You can also watch our in-depth look at the character customization here, and the see the 10 most important things we discovered after spending time with the full game here.