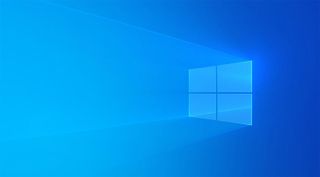 If you are still running Windows 10 version 1809 (October 2018 update), be advised that a forced upgrade is coming. Even though the October 2018 update has not reached its end of service date, Microsoft stated in a support document that it is automatically updating older builds to the latest feature upgrade, version 1909 (November 2019 update).

As the name implies, the November 2019 update began rolling out last month, and continues to do so. I found it to be a rather quick and painless update from the previous version. That's by design—Microsoft had preloaded many of the necessary files, and essentially flipped a switch when initiating the upgrade.

I don't think that's how it works with older builds, such as version 1809, though I'm not entirely sure. Either way, the latest build is headed to PCs still running last year's major release.

"Beginning today, we will slowly start the phased process to automatically initiate a feature update for devices running the October 2018 update (Windows 10, version 1809) Home and Pro editions, keeping those devices supported and receiving the monthly updates that are critical to device security and ecosystem health. We are starting this rollout process several months in advance of the end of service date to provide adequate time for a smooth update process," Microsoft explains.

This is different from how Microsoft handled the April 2018 update (version 1803). For that build, Microsoft waited until it reached its end of life date before migrating users to the newest version. It's not clear why Microsoft is speeding things up this time around—version 1809 reaches its end of service date on May 12, 2020, which is just over five months from now.

One reason some users might find this annoying is because feature updates do not always go smoothy. The October 2018 update was especially problematic, to the point where Microsoft actually took it offline for a bit because it was deleting files on some PCs. Fortunately, however, the November 2019 update has gone much better (I haven't seen nearly as many complaints).

Still, it's always a good idea to back up your important files before a feature update, if you don't already do so regularly.