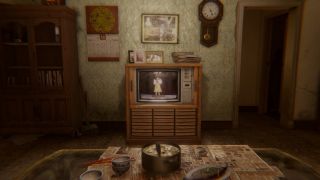 Red Candle Games, the Taiwanese developer whose horror game Devotion was pulled from Steam after it drew ire over what Chinese players felt was a disrespectful reference to Chinese president Xi Jinping, has issued a statement saying they have agreed not to re-release their game in the near-term.

In the open letter, Red Candle takes full responsibility for what they call "the incident," which they say has caused "immeasurable harm" to the studio and to its Chinese publishing partner, Indieevent, which recently had its business license revoked by the Shanghai city government.

The incident stems from an in-game art asset that appeared to tease the Chinese president by depicting him as Winnie the Pooh, leading to a massive review-bombing campaign by Chinese players shortly after Devotion's initial release on Steam in February. Devotion was quickly pulled from the storefront.

"Red Candle's co-founders have reached a unanimous decision to not re-release 'Devotion' in the near term, including but not limited to obtaining profit from sales, revision, IP authorization, etc. to prevent unnecessary misconception," the letter reads. "We want to apologize to the players for the wait. We are truly sorry, but please understand our decision."

The letter goes on to say the studio had no intention of staging a publicity stunt—and refusing to re-release or profit from the game is a step the studio is taking to reestablish some good faith.

Greetings, we are Red Candle Games from Taiwan. To all of our players, industry and media friends, we would like to provide an update on ‘Devotion’. pic.twitter.com/wfGTUbHtHxJuly 15, 2019

That may not be the end of the story for Devotion, though. Red Candle leaves the door open for an eventual re-release sometime in the future.

"If, in the future, the public would be willing to view this game rationally and allow us the opportunity to rebuild trust with our players, Red Candle would reconsider re-releasing 'Devotion,'" the letter reads.

In the meantime, Red Candle says it will "continue its passion [for] creativity as a game company."