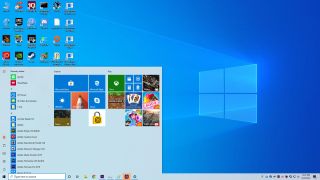 Ten years ago, who could have guessed how much the past decade would change the way Microsoft does operating systems? Every few years, Microsoft would put out a new version of Windows, and every new PC would come with the OS. Along with Office, Windows was and is a cash cow for Microsoft. But Windows 10 is far removed from the Windows from ten years ago.

At the start of 2010, Windows was the OS of choice for about 94 percent of computers. Of those, 68 percent were still running Windows XP, which originally launched in 2001. Another 23 percent were using Vista (from early 2007), and Windows 7 was only a few months old and accounted for just 9 percent of the market. By the middle of the decade, Windows 7 would dominate the PC world, accounting for 62 percent of Windows PCs. Windows 8/8.1 combined were only 21 percent, Windows XP showed remarkable staying power and still held 14 percent of the market, and Vista was effectively gone with only 3 percent of Windows PC using that OS.

And then, in July 2015, Windows 10 officially launched. It only took six months for Windows 10 to pass Windows 8.1/8 in OS market share, and about 18 months before it could supplant Windows 7. Today, it's a Windows 10 world for about 65 percent of Windows PCs, with Windows 7 claiming most of the remaining PCs at 25 percent of the market. And Windows 7 support is set to end soon, on January 14, 2020, so if you're still hanging out on the 2013 OS, its days are numbered.

There are many reasons for the rise of Windows 10. It marked a major change in strategy for Microsoft, starting with giving the OS away for free for the first year after its release. Since then, Microsoft has followed a cadence of two major feature updates per year—all free. Having purchased too many versions of Windows over the years to count (I've used every edition of Windows from 2.0 through Win10—not to mention MS DOS starting with 2.2), getting Windows 10 for free, plus eight major updates after that—with more to come—still seems incredible. But Microsoft is battling new contenders.

Smartphones are a major factor, with iOS and Android being free to use on supported hardware. Apple has also been giving out free upgrades for OS X to Mac users since 2013. (Yeah, you pay for it on the hardware side, but whatever.) ChromeOS and Chromebooks are also new during this decade. The way I see it, Microsoft wanted to get a piece of the smartphone pie, which led to the travesty known as Windows 8. It frankly felt awful, and ultimately led to the mea culpa of Windows 10.

It's not all Happy Valley with Windows 10, of course. Some people were 'accidentally' upgraded against their will—I helped multiple friends and family revert to Windows 7 in that first year. Spying and privacy concerns are also still valid. But then I look at iOS and Android smartphones, which go with us everywhere—tracking our location while they're at it—and I can't help but shrug. I just want to play games, surf the web, and work. It may not be perfect, but Windows 10 is the best gaming OS around. (Just take a minute to disable Cortana if you don't want an AI assistant watching you.)

A big part of that is thanks to Microsoft's renewed commitment to PC gaming. Yeah, yeah, we've heard this before—Games for Windows Live was not the commitment we wanted. But so far, this new, new commitment has some real teeth. DirectX 12 has paved the way for more complex games with improved graphics, including DirectX Raytracing. Plus, Microsoft is releasing all first-party Xbox games simultaneously on Windows 10.

The Microsoft Store isn't great, but I'm willing to overlook that for the sake of gaming. I no longer have to miss out on Forza or Gears of War. Even better, with the Play Anywhere initiative, Xbox owners automatically get access to the Windows 10 Store versions of the same games: Come try your games on PC and see how much better they can look! (Or you can go the other way—I'm not opposed to freedom of choice.)

The new Xbox Games Pass for PC is equally impressive.Subscriptions aren't for everyone, but if you're the type of PC gamer who purchases a new game every month or two, it's worth serious consideration. There are some great games available as part of Xbox Games Pass—The Outer Worlds, Gears 5, Forza Horizon 4, Rage 2, Metro Exodus, The Bard's Tale 4, Phoenix Point, and about 150 others. All for $4.99 per month (currently on sale for $1 per month for the first three months).

All of this is thanks to Windows 10. Which makes me wonder, will there ever be a new version of Windows not called Windows 10? Probably, but I don't think we'll get Windows 20 for the coming decade, and Apple has been kicking out new versions of OS X for nearly 20 years. Microsoft looks ready to follow a similar course, at least for the time being.