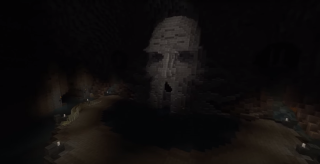 Would you like a free Harry Potter-themed RPG built entirely inside Minecraft? Of course you would want that. You—at the very least—would not not want that. Well, a team of “poor students” called The Floo Network have spent the last four or so years making a sprawling Minecraft map that runs as a complete Harry Potter RPG inside vanilla Minecraft. What first started as a the team’s decision to spend a couple years making detailed models of various Harry Potter locations inside Minecraft—something you might remember from 2017—has become a massive undertaking that gives us… Minecraft School of Witchcraft and Wizardry. Here’s the trailer:

It is some very impressive work. The trailer has characters exploring more than a few iconic locations from the world of the movies and books, walking through the castle library, flinging spells to manipulate puzzles and hit targets, and—perhaps most out of character for the Harry Potter universe—actually showing up for class. There’s frankly too much in there to fully detail, like summoning a Patronus to fend off Dementors, casting spells on pixies, and what appears to be playing Quidditch. There is a bright future ahead of these modders, whatever they choose to do.

The project is supported via a Patreon, while the community organizes on a Discord server. The Floo Network developers hope to release the map—for free—this month. You can find more videos of their game on The Floo Network’s Youtube.