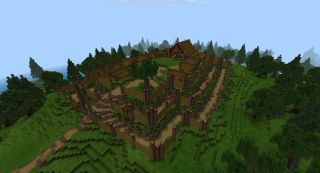 Ngā Motu, which means The Islands, is a world made by game designer Whetu Paitai, of Coromandel-based Piki Studios, to teach children about Māori language and culture. It has kiwis and moa, and a traditional pā—a defensive settlement protected by palisades. There's a waka hourua double-hulled canoe in the harbor, and even the swords have been replaced by the short-handled clubs called patu.

"We're believers in learning being organic, being able to explore all the elements, because nothing in our lives exists in isolation. Our mission is for everyone to be able to play these games and see more than just what a waka is – they’ll be able to see how it fits into that whole world," Paitai said.

Ngā Motu is being released to coincide with Māori Language Week in New Zealand. You can check it out for yourself at the official site.