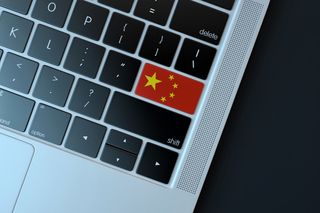 According to a report from the Financial Times, the Chinese government has ordered a total ban on all foreign PC hardware and operating systems in government computers. That includes graphics cards and processors from companies like Nvidia, AMD, and Intel, and operating systems from Microsoft and Apple, among many other US and European-based PC hardware and software manufactures.

Supposedly, the plan is to replace 30 percent of PCs and software by the end of 2020, 80 percent in 2021, and then 100 percent by 2022. This extreme move comes just five years after China tried to ban Windows 8 on its government computers, which ultimately failed. It also comes on the heels of the US banning Chinese company Huawei, as well as the US taking steps to deny China access to US technology; The Export Control Reform Act of 2018, for instance, expanded presidential control over software and other technology exports.

It's not necessarily a surprise, since tensions between the US and China have grown increasingly strained over the last few years, and China has made it clear it wants independence from US companies. But that doesn't seem like an easy path. Chinese companies have been preparing for what seems like an inevitability for years, but its hardware and software products have had only incubatory time in development and production compared to the decades of refinement that US companies have had. Doing away with Windows alone is an enormous shift.

It's hard to say what this will mean for gaming, since it applies to the computers in China's government and public institutions, not homes across the country. But already, Steam operates in a gray area of approval, and life for indie developers in China is precarious. If this directive is successful, it could be part of a bigger shift for the country away from platforms like Windows where most games are developed and played.

That's all the specifics that have been shared for now, but other elements of the ban and its repercussions will likely surface as it's implemented.