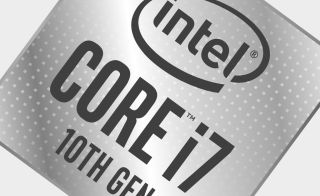 We're all waiting for Intel to transition its desktop CPUs to a 10-nanometer manufacturing process (assuming Intel doesn't skip it at this point), but in the meantime, it continues to tweak its 14nm node. The next round of 14nm desktop silicon is called Comet Lake-S. One of those parts, a Core i7-10700K, has made an appearance at 3DMark, and if the specs are accurate, it should have no trouble dethroning the best CPU for gaming, the Core i9-9900K.

Spotted by Twitter user APISAK (who frequently finds these sort of things), the 3DMark database entry lists the Core i7-10700K as having 8 cores and 16 threads, with a 3.8GHz base clock and a speedy 5.3GHz turbo clock.

It also shows the chip as being built on a 0nm manufacturing process with a 0W TDP. Wouldn't that be nice! Sadly, Intel did not discover a magical formula for making CPUs that don't consume any power, so rest assured, the Core i7-10700K will draw power and require a cooler—drats! These erroneous metrics are not uncommon when it comes to engineering samples of unreleased silicon.

Assuming the clockspeeds are right on the money, here's how the newcomer stacks up against the current reigning champ of gaming CPUs, the 9900K:

Is the 5.3GHz clock shown in 3DMark accurate, though? It's impossible to know. If the chip is real, it is undoubtedly an engineering sample, so the specifications might be different than what ends up on the finalized silicon. Given Intel is lagging behind AMD on core counts, it wouldn't be surprising to see it push higher clockspeeds to try to compensate.

An interesting side note is the motherboard shown in the 3DMark screen grab. It's an ECS Z490H6-A2 based on Intel's upcoming Z490 chipset. Back in the day, ECS was a major player in the budget sector, though it did dabble with higher end boards.
You might be more familiar with the likes of Asus, Gigabyte, MSI, and ASRock these days, but perhaps ECS is looking to make another splash.