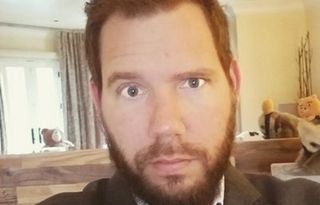 It's a sad reality of the videogame business that sometimes, for a variety of reasons, good games fail. Games like, say, Lawbreakers. Evan liked it an awful lot, calling it "a complex, physical, and deep competitive shooter" in his 84/100 review, but it nonetheless tanked badly. Its emergency-pivot battle royale followup, Radical Heights, held early promise, but it was a rush job and it showed.

The games failed for a number of different reasons, two of the most obvious being Overwatch and PUBG. (Fortnite actually showed up a little late to really take part in the beatdown.) But in an Instagram post that will surely prove unfortunate in short order, Boss Key Studios co-founder Cliff Bleszinski shared some other thoughts on where it all went wrong.

"Ever since the studio closed I've been wracking my brain what I could have done differently. Pivot HARD when the juggernaut of Overwatch was announced. Been less nice with my design ideas and more of a dictator with them," he wrote. "One big epiphany I had was that I pushed my own personal political beliefs in a world that was increasingly divided."

"Instead of the story being 'this game looks neat' it became 'this is the game with the 'woke bro' trying to push his hackey politics on us with gender neutral bathrooms.' Instead of 'these characters seem fun' it was 'this is the studio with the CEO who refuses to make his female characters sexier.' Instead of 'who am I going to choose' it became 'white dude shoehorns diversity in his game and then smells his own smug farts in interviews' instead of just letting the product ... speak for itself."

I'm not sure what to make of this. Looking at the LawBreakers wiki, the game seemed to have a relatively well-rounded cast—nine men, seven women, two androids, various ethnicities—but I don't recall it ever being presented as an overtly political or "woke" game, and that's certainly not a rep that Bleszinski himself brought to the conversation. Former Boss Key art director Tramell Isaac said in a 2016 interview with AList Daily that Bleszinski had intentionally set out to "build a diverse game and develop a diverse workforce" at the studio, which is laudable. But games like Overwatch, Apex Legends, and Rainbow Six Siege all feature comparably diverse casts, and it doesn't appear to have cost them any.

I think the reality is far simpler than Bleszinski makes it out to be: LawBreakers and Radical Heights were just the wrong games at the wrong time, with nothing to really set them apart from the crowd aside from the backing of a name that, frankly, doesn't have anywhere near the cachet it did a decade ago.

The Boss Key experience was rough enough to make Bleszinski swear off making videogames forever, although he more recently acknowledged that "forever" is an awfully long time and he might be interested in giving it another go. Maybe that's why he's talking about Boss Key again.

Update: Bleszinski has updated his post to emphasize that his political leanings were a factor in the failure of LawBreakers and Boss Key, not the factor.

"Marketing, timing, being on PS over Xbox, and more were also factors," he wrote. "Stupid clickbait headlines. I hope you got the hits you wanted."