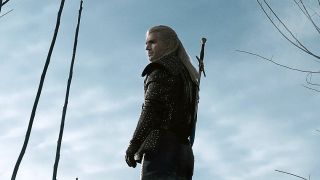 Lauren Hissrich, showrunner of The Witcher Netflix series, recently gave an interview to Entertainment Weekly that provides a few insights into what we can expect from this version of Geralt's story.

For starters, it will apparently be a "very adult show", and though it won't be added for shock value we should expect a bit of the old sex and violence. "I've been rewatching dailies and my kids aren't allowed to look at the screen anymore after one of them snuck around and saw something they shouldn't have seen and it scared him", Hissrich said.

She also explained that, as well as some horror, there will be plenty of monsters. "Geralt's a monster hunter so from the very beginning we talked about how to show these monsters and the humans they interact with. I think people are going to be surprised by how many monsters we were able to do and how integral they are to story."

That said, there won't be a singular big bad for the show. It sounds like this first season will be taking some inspiration from the short stories that take place before the events of the novels (and well before the games). "There isn't really a villain", Hissrich said. "One of the things we're enjoying exploring is all the shades of grey in the books. The characters you're rooting for in the beginning may not be the characters you're rooting for in the end. And characters you hate and seem absolutely evil are motivated by something that's really relatable and human and emotional."

You can read the whole interview here.