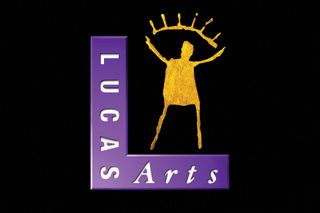 Retro Gamer is an award-winning monthly magazine dedicated to classic games, with in-depth features from across gaming history. You can subscribe in print or digital no matter where you are by clicking this link. This month's cover features the Sega Mega Drive, or Genesis to US readers. Check out more on that here.

Welcome to another Retro Gamer guest article on PC Gamer, where we publish PC-relevant pieces from the magazine's history. This was originally published as part of a tribute to LucasArts in issue 116 when the company shuttered in 2013. We'll post the rest of the piece next weekend, since it has lots of nice insights on both the Star Wars games and adventure games. Don't miss our 2015 article on the secret history of LucasArts, where we discuss unfinished games from the company's history.

1. Lucasfilm Games’ original headquarters, Skywalker Ranch, is located on Lucas Valley Road in Marin County, California. But the street name has nothing to do with George Lucas—it’s named after 19th Century rancher John Lucas, no relation to George.

2. Ballblazer, one of the studio’s first games, sold few copies on its original platform, the Atari 800. In the autumn of 1983, Lucasfilm gave an unprotected beta version to Atari’s marketing department with the working title Ballblaster. A pirated version was soon posted on online bulletin boards. Though it went on to do well on other platforms, the widespread Ballblaster beta is the version most Atari 800 owners played—including future hire Tim Schafer.

3. In the '80s and early '90s, Lucasfilm couldn’t make Star Wars games due to Atari having an exclusive videogame licence for the hotter than hot property. Ron Gilbert believes the restriction was indirectly responsible for original games like Maniac Mansion and Loom: “If we had been able to make Star Wars games, it’s probably all we would have done.”

4. LucasArts and Pixar both started out as The Lucasfilm Computer Division, which had a game department (that would later became LucasArts) and a graphics department (that Steve Jobs bought and turned into Pixar). Tim Schafer still owns a sweatshirt with early Pixar characters André and Wally B on the front, and ‘The Lucasfilm Computer Division’ on the back.

5. Lucasfilm Games created the first-ever graphical MMO, Habitat. Released in the US in 1986 as a beta over QuantumLink (an online service for Commodore 64), Habitat was a large-scale community akin to Second Life that ran on 300 baud modems. Players could customise and control their avatars, interact via text chat, engage in quests, buy and sell goods, get married and divorced, and even kill one another—all in a virtual world that looked a bit like Maniac Mansion.

6. George Lucas gave employees complete creative freedom, even on Star Wars games. “People wanted to work for LucasArts because they admired George, and that very quickly could have turned into being stifled by George. He could have been very influential in what we were doing,” says Daron Stinnett. “But he let us do our thing. He wanted us to go out and create our own stories and adventures.”

7. The company came close to shutting down a few times between 1990 and 1993. According to Collette Michaud, Rebel Assault almost single-handedly saved the studio: “Gordon Radley, the CEO of Lucasfilm, came to one of our company meetings after Rebel Assault launched and said that the ‘battleship was turning.’ From then on, we always liked to joke [about] this phrase, but we knew we were headed in a positive direction and that the company was going to make it.”

8. Though he went on to become a LucasArts icon, the ‘Gold Guy’ logo didn’t appear until 1991’s Monkey Island 2: LeChuck’s Revenge—the first game to ship under the LucasArts name. The boxy Gold Guy standing on a purple ‘L’ remained a staple until 2005, when he was revised into a shorter, curvier version.

9. The company known as LucasArts was never located at Skywalker Ranch. In 1990, Lucasfilm Games moved off the Ranch and into offices in nearby San Rafael. Larry Ahern was part of the last wave of employees to work at the Ranch: “I was only there for about a month, training on the art and animation tools, but that was just long enough to earn the right to complain about my loss of country club privileges.”

10. Your copy of The Secret Of Monkey Island may have been hand-packed by Ron Gilbert himself. “Monkey Island was done and out the door to manufacturing. In those days you couldn’t just upload your game, you had to have someone make floppy disks and put them in a box,” Dave Grossman recalls. “The manufacturing facility didn’t have the capacity to meet the initial orders the next day. So a bunch of us from the games division worked the graveyard shift at this warehouse, staying up all night riveting code wheels, packing and shrink-wrapping boxes, and so on. It was the shortest and most awesome crunch ever in the history of games.”