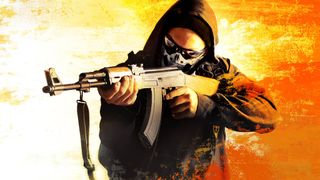 The decade in Counter-Strike truly began on August 21, 2012, but the seven years since made up for its late start. In the 2010s Counter-Strike grew to become one of the largest esports in the world and arguably Valve's flagship game, depending on how you feel about Dota 2. And though its future is uncertain, Counter-Strike is in a far better place now than it was 10 years ago.

Let’s look back on the evolution of Counter-Strike by examining the biggest moments in the series of the past decade.

It's easy to forget that in 2010, Counter-Strike was in a tough spot. The community was split between the Counter-Strike 1.6 and Counter-Strike: Source for years, and Valve had given neither game the level of attention and updates we now expect from competitive games. By 2011, Valve announced a sequel, Counter-Strike: Global Offensive. CS:GO aimed to unite both 1.6 and Source players, but interestingly, one of the initial goals of the project was also to bring the series to the Xbox 360 and PlayStation 3 before a new generation of hardware appeared.

Longtime fans of the series didn't immediately switch over at launch, however, thanks to bugs and mechanical changes (for example, absence of flinch animations). For a time, CS' population was almost evenly split between three games, something I don't think we've ever seen in a competitive franchise. Fortunately, thanks to a number of quick updates in the early months of the game (and the addition of an item economy one year later), CS:GO began to stand on its own and unite Counter-Strike players new and old.

That is the longest match winning streak on LAN in CS:GO history. And it is held by the game’s very first superteam: Ninjas in Pyjamas.

When CS:GO launched, the Swedish organization brought together many of the stars of both 1.6 and Source and formed a squad that was unmatched. Even when their match streak was broken in 2013, NiP continued to win tournaments throughout the remainder of the year and into 2014. This culminated in a Major championship at ESL One: Cologne 2014, the team’s only Major victory in five Grand Finals appearances. Their success helped raise the standard of play and the profile of CS:GO.

All things must end, however, and NiP began to decline later that year. But in its period of dominance, the team spurred fellow CS:GO players and teams to greater competitive heights.

Over the development of its most successful multiplayer shooter before CS:GO, Team Fortress 2, Valve had figured out a playbook for keeping the game interesting: make guns and items that subverts players' expectations, pulling the rug out from under them.

On December 8, 2015, did exactly that when it introduced the R8 Revolver to CS:GO, but the effect it had was instantly harmful.

What made the R8, dubbed the Revolvo by the community, so notorious was its unparalleled power-per-dollar. It could kill unarmored and armored targets alike with a close range body shot, was more accurate at a longer range than an AK-47, and could be fired while defusing a bomb. All of this in a sidearm, meaning it could be carried alongside an AWP.

When the update was introduced, matches quickly devolved into 5v5 shootouts where everyone used the R8. In what is one of the fastest response times from Valve in its history, nearly every aspect of the R8 was nerfed within three days after it was originally introduced. It instantly fell out of use, and it’s rarely seen nowadays. But for a brief time, the Revolvo was king.

The rise of skins (and skin gambling)

While CS:GO was popular, the addition of weapon skins made it skyrocket to the top of the Steam charts. With their introduction in August 2013, a virtual economy formed that saw players trading the skins they had acquired, be it from weapon cases, watching competitive games, or random in-game drops.

But as the skin economy grew, the economy behind it began to move outside of the more regulated confines of the Steam Marketplace. Websites that used Steam’s API created skin gambling, where players on competitive matches by using their skins as currency. Scandals quickly followed; players were banned for match fixing using skins, lawsuits were filed over underage gambling, and governments opened investigations into how Valve handled the practice.

In a way, the controversies over skin gambling parallel the loot box scandals that would come in 2017. While Valve has done much to combat it, skin gambling remains active to this day.

The most important tournaments in CS:GO are the Majors, which feature the biggest prize pools and the best teams. And while every Major has compelling storylines, the ELEAGUE Major: Boston 2018 stands a cut above the rest thanks to the David vs. Goliath saga of Cloud9.

With most of this era dominated by Europe, the American team was an underdog heading into the 2018 tournament. Cloud9 had never finished in the Top 8 at a Major, and recent performances left a lot to be desired. Against all odds, Cloud9 surpassed several of the best teams in the world and found itself squaring off against the superstars of FaZe Clan in the Grand Finals. Ultimately, Cloud9 upset FaZe in a double-overtime final map to win the Boston Major.

It was the first time an American team won a Major—on home soil, no less. Though the roster broke up before the players could defend their title, Cloud9’s win in Boston stands as one of the greatest moments in CS:GO.

CS:GO’s structure forever changed in December 2018 when Valve made it free-to-play after six years and added a new battle royale mode called Danger Zone. Considering both moves came at a time when the battle royale genre had taken the video game industry by storm, it was clear that both decisions were made to shore up CS:GO’s playerbase.

One day after the change was made, over 14,000 negative Steam reviews hit its store page decrying the move to free-to-play, citing the lack of reward for players who paid for the game and the changes to matchmaking as two prime factors. Despite player unhappiness, the days immediately following the transition saw CS:GO reach its highest player count in nearly two years.