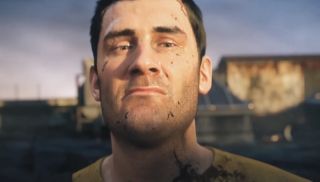 The very first video for Techland's latest zombie-survival game might not carry the same emotional weight as their previous game's debut , but weight is the last thing you want when the infected are sprinting after your delectable flesh.

The Dying Light trailer doesn't make the “Dead Island with parkour” comparison any less avoidable. You fight zombies with custom weapons you cobbled together from spare parts, in an urban environment, while trying to avoid becoming the undead's next meal. It sounds a little too familiar, but Techland's trying to shake things up with a day/night cycle that alters how zombies behave. Hanging out with zombies during the day time isn't a picnic, but the horde supposedly gets downright vicious once the sun goes down.

The trailer's completely CG, so we don't exactly know what gameplay looks like. WB Games says it's hoping to have Dying Light out sometime next year, but I wouldn't be surprised if we see more of Techland's latest next week during E3. We'll keep you posted when we know more.