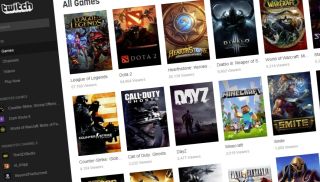 Update: we received clarification from Twitch regarding potential restrictions in Europe and Australia. Looks like bans will only apply to AO games in the US, as below:

Additionally, Twitch has clarified its position on specific titles, including GTA: San Andreas.

Twitch has updated its rules of conduct to disallow streaming of Adult Only games, the company announced today. That means any game classified with an AO rating by the ESRB will be banned from the service, including games such as Grand Theft Auto: San Andreas and Manhunt 2.

"Previously, we made game-specific decisions about which games would and would not be available for broadcast – sometimes due to overtly sexual content, sometimes due to gratuitous violence," the company said in its statement.

"This is unsustainable and unclear, generating only further confusion among Twitch broadcasters. We would like to make this policy as transparent as possible."

While few games are rated AO anyway – there's a full list here and few will be missed – it may have interesting global ramifications: especially in Australia where it's more common for games to be rated R18+.

"While the ESRB ratings apply exclusively to US titles, our policy extends to versions of these games in all territories," the statement reads. "Generally, if the US version is rated for Adults Only (18+) or has an equivalent rating in your territory, you should not broadcast that game on Twitch."