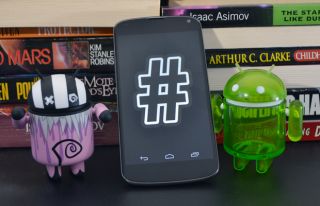 Learn how to root your Nexus Android, HTC One, and Samsung Galaxy S4

Android offers a wide variety of advanced customization options, but that’s only scratching the surface of everything you can do with Google ’s open source operating system. With root access you can get down to the system level and tweak things to your liking, even going so far as completely replacing the OS.

This is not an operation for the faint of heart, though. Rooting your device will probably void the warranty and could potentially leave your device in a nonfunctional state. Take extreme care before proceeding. If you need help deciding what to do, let’s go over the benefits of rooting.

Gaining root access on Android is basically running your phone or tablet as an administrator. Android is based on Linux, but it does not include the superuser support a desktop OS running the Linux kernel might. If you want to make changes to the fundamentals of the system or install unapproved components, root access is needed.

There is a whole subset of root-only apps in Google Play that allow some really interesting advanced options. Everything from UI tweaks to ad blocking, to system partition file explorers are possible with a quick app install as long as you have root.

With root access you can also make complete backups of your device so it can be restored in the event of a mishap, or so you can restore application data to a new phone or tablet.

Another reason many users decide to get root is that it opens the door to installing custom operating systems, or ROMs. Installing a ROM is a bit more involved than simply gaining root access, but rooting is the first step. ROMs like CyanogenMod and Paranoid Android offer extra features and a cleaned up collection of apps.

Installing a third-party ROM will also allow you to break free of the sluggish update cycle likely imposed upon you by the carrier (Nexus devices being the exception). As soon as a new version of Android is out, ROM makers start building on it. You’re looking at a few weeks for a beta build, and just a bit longer for stable ones.

How To Root Android

The rooting process will vary from one device to the next, but the first step is usually to either unlock, or bypass the bootloader. A bootloader is a piece of software that loads before anything else on the device. It verifies the authenticity of all the software running on the phone. So if you want to install something like a root package, that needs to be blocked.

Let’s go over the Nexus devices first, as they offer a good and straightforward introduction to rooting. Before you get started with any root procedure, backup EVERYTHING. Unlocking bootloaders wipes everything on the device as a security measure.

2 - If it is not present, download the fastboot.exe file (available on various places online, like here ) and place it in the SDK/Tools (or Platform-Tools) folder. This will be the same folder with adb.exe in it.

3 - On your phone or tablet, go into the settings and open the About Phone/Tablet menu. Tap the Build Number seven times. This will enable Developer Options in the main settings menu.

4 - Turn on USB Debugging in the Developer Options, and plug the device into your PC via the USB cable.

5 - Back on the PC, go to the folder where you placed the fastboot.exe file and open a command prompt window there. We’re going to use a tool called Android Debug Bridge (ADB). This is a way to issue commands to a device from your PC.

6 - In the command prompt, type adb devices , then hit enter. The window should show a device ID.

7 - Type adb reboot bootloader in the command prompt and hit enter. Your device will reboot into bootloader mode.

8 - Now type fastboot oem unlock and hit enter. The device will pop up a warning as seen below. Select yes, but be aware this is the step that wipes the phone or tablet.

9 - On your PC download the TWRP recovery or ClockWorkMod (varies by device) and SuperSU root package. The versions change as new OS updates come out, but a quick search on XDA will get you the most recent version. Put the recovery file in the folder with ADB. Get your device back into Android and transfer the SuperSU zip to the internal storage.

10 - With your phone or tablet in bootloader mode again, type the following into the command prompt: fastboot flash recovery twrp.img , then hit enter. Substitute the MWN file name if you used that. This installs a new recovery over your old one so you can flash unsigned zip files.

11 - Finally, disconnect the device from your PC and use the volume rocker to navigate through the list of options in the bootloader. Choose the Recovery option and select it using the power button. Once in the recovery, find the option to Install a zip from the SD card, then select the SuperSU zip. And that’s it. You’re rooted.

A word about the toolkits: This is a separate program that can be used to automate the process above. It’s best that you know how to use ADB anyway, so we recommend that route. Sometimes things go wrong, and ADB might be the best way to fix it. However, you are welcome to try the Nexus Root Toolkit from WugFresh. It’s the best one by far.

Just plug in the device, click Unlock, wait, click Root, wait some more, and you’re done. If something goes wrong, it’s not easy to figure out exactly what it was.

Click the next page to learn how to root the HTC One, the Samsung Galaxy S4, and what to do once you have rooted your phone.

Jimmy Thang has been Maximum PC's Online Managing Editor since 2012, and has been covering PC hardware and games for nearly a decade. His particular interests currently include VR and SFF computers.