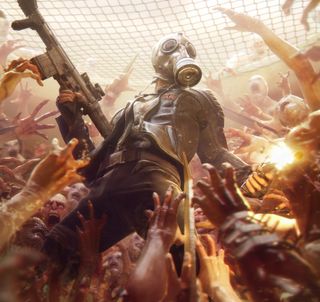 Work is ongoing, but the Early Access release will be very much along the lines of what we saw in last week's PC Gamer Show hands-on, with four classes, three maps, and something in the neighborhood of 11 monsters. It will sell for $30/₤20/€27.

Set in the immediate aftermath of Killing Floor, Killing Floor 2 takes place on continental Europe, which has been engulfed by a rapidly-spreading viral outbreak that turns its victims into ravenous, flesh-eating mutants. With society on the verge of collapse, civilians and mercenaries team up to establish bases, track outbreaks, and deliver the only cure proven to work: sticky, red-hot death.

Want to know more? Have a look at our breakdown of the first four classes that will appear in the game, and check out a couple more gameplay videos, including one at the Hell on Earth difficulty.