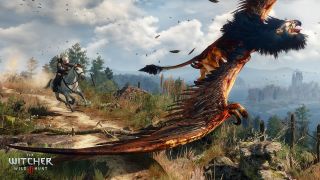 Let's face it: The Witcher 3: Wild Hunt is starting to get a bit long in the tooth. And while it's still looking mighty fine for its age, modders have been hard at work over the last couple years making it look better than its age would suggest. One of the best HD retexture mods has been updated, making everything in the game look even better.

The Witcher 3 HD Reworked Project has just published version 10.0. We've already featured this mod's earlier versions in our Witcher 3 mods, and that's because this is some genuinely terrific work. The Witcher 3 HD Reworked Project touches nearly every environmental texture in the game, making trees, stones, grass, leather, and iron all look much better and sharper even under close inspection.

To download, head to the NexusMods page and click the "Files" tab. Download both parts, but pay attention to the warning: There's an error with the current version of the installer, which will create an additional "mods" folder inside your mods folder. It's a simple fix though: Once you've installed the mod, go to your main Witcher 3 folder, head to /mods/mods, and move the files modHDReworkedProject and modHDReworkedProject2 to the base mods folder. So, instead of living in /mods/mods, they ought to be in /mods/.

Modder Halk Hogan says this mod shouldn't hit performance too hard, but they recommend at least 3 GB of VRAM, with 4 GB being ideal. As far as Halk is concerned, if you've got anything more powerful than a GTX 970 or AMD R9 290X, you should be good to go.