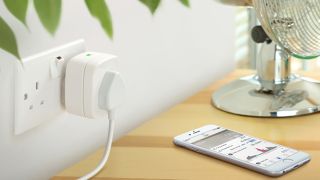 The world loves Wi-Fi. Perhaps a bit too much, with congested frequency bands and routing chips struggling to keep up with the amount of data we demand to transfer through thin air. But how can we ensure that we’re getting the best speeds and how can Wi-Fi be improved for our expanding needs?

Obviously, the cool kids will have everything connected by Ethernet, especially anything used for streaming 4K (and nothing says ‘I love you’ more than a spouse consenting to 50m of CAT-6 being run beneath the stair carpet) but phones, tablets, tiny IOT devices and slim laptops frequently eschew the network interface controller, and rely instead on Wi-Fi.

But Wi-Fi isn’t just Wi-Fi any more. It recently went through some retrospective rebranding, so the standard we knew and loved as 802.11n revels in the new name Wi-Fi 4 just in time to become obsolete. The current standards you’ll find in new routers, motherboards and USB Wi-Fi adapters are Wi-Fi 5 (or 802.11ac to its mum) and the incoming Wi-Fi 6 (aka 802.11ax). They’re all backwards compatible, so if you get a new router you don’t need to worry about upgrading everything else.

What is it that sets Wi-Fi 6 apart, then? What, other than the relentless march of technology, made it necessary when Wi-Fis 4 and 5 do nicely for most people? Wireless networking’s popularity is working against it, with the frequency bands—especially the 2.4GHz spectrum shared by your nan’s cordless phone, next door’s baby monitor, Bluetooth, many RF switches and Wi-Fi. The 5GHz band is filling up too, as Wi-Fi abandons 2.4GHz.

Wi-Fi 6 can theoretically use frequencies from 1GHz to 6GHz, although anything other than 2.4 and 5GHz has yet to be approved for public use.

This is important because it means Wi-Fi is beginning to take lessons from cellular data technology, 5G, and some of the new tech in Wi-Fi 6 is very clever. It’s extending the capability of Wi-Fi to carry ever more data, while making more efficient use of the spectrum we’re using at the moment.

Maziar Nekovee, professor of telecoms and mobile technologies at the University of Sussex, explains what’s going on, "The 6GHz band is becoming available from the FCC [the US government’s regulator of such things] and I think it has about 1GHz bandwidth in total, so there is a lot of room to extend capacity. 2.4GHz has only a small channel bandwidth, 20MHz, while 5GHz has more, so to have more capacity while avoiding interference with existing services the new band is being allocated and licensed.

"In that band you can operate at 120MHz bandwidth. As a rule of thumb, if you’re just next to the Wi-Fi and you double the bandwidth, then you can double the data rate."

As many laptop users have noticed over the years, however, as you move away from the Wi-Fi router speeds can drop off quite quickly. This is the same effect known to photographers and astronomers as the Inverse Square Law, where if a source of radio waves or light is broadcasting in all directions, moving twice as far away leads to a drop in signal strength of four times.

Wi-Fi 6 has some tricks up its sleeve to address this, however. And many of them are also coming to our cities in the form of the new 5G mobile phone network. "They’re getting more similar," says Nekovee of the two, previously quite different, data transfer technologies. "They pick up stuff from each other. One of the features of 5G is Massive MIMO [multiple input, multiple output], so basically you have more antennas on the base station, up to 64 for 5G. Wi-Fi 6 has eight antennas, and this can do two things: it can support more simultaneous users, with beam-forming to beam each data stream at a user; or you can offer all the streams to a single user."

Then there’s OFDMA. Orthogonal Frequency-Division Multiple Access allows you to split each Wi-Fi channel into sub-channels. It was a feature of Wi-Fi 5 too, but while that standard allowed 52 sub-carriers per 20MHz band, Wi-Fi 6 has 234. This allows it to efficiently parcel out the bandwidth between multiple users, bringing back unused channels more quickly so they can be reassigned.

Bring down the walls

But it’s a much older technology that can stand in the way of Wi-Fi signals: walls. The lower down the electromagnetic spectrum you go, the more transparent walls are. Up at the visible light end, they’re opaque, but Wi-Fi is operating far from those frequencies, as Nekovee explains, “This is a fundamental of physics. Generally, as you increase in frequency, your wavelength shrinks. If you’re in the TV band around 700MHz your wavelength is around 50cm, when you move up to Wi-Fi it becomes a few centimetres, as you go higher, to 5G where its wavelengths are measured in millimetres, then we go all the way up to light, where you’re measuring it in nanometres.”

Ah, yes, we can help here—we’ve noticed light doesn’t penetrate walls well. "Yes," says Nekovee, continuing, "So the wavelength in the VHF [radio] band is a kilometre or something, so it just doesn’t see these obstacles. The smaller you go, the more the waves start to 'see' these things, they can get trapped, reflecting off multiple surfaces so they cannot penetrate. The other reason is that as wavelengths get smaller they begin to be absorbed by molecules.” This is why for long-range radio communications very low frequencies are preferred, and why 5G antennas tend to be placed closer together than 4G ones might have been.

As Wi-Fi and 5G get closer together, it’s easy to imagine a future where there is only one data transfer standard, and you don’t have to worry about switching when you leave the house. For now though, Wi-Fi 6 provides enough home bandwidth for an enthusiastic digital family even if it doesn’t touch the speeds and stability provided by a wired network. Never fear, however—Wi-Fi 7 is already being discussed.