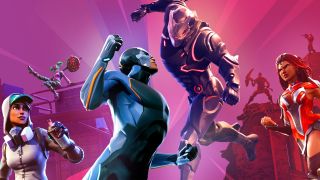 Find all previous editions of the PCG Q&A here. Check out some highlights:

- What's the most underrated game on PC?
-  What minor flaw in a game makes you madder than it should?
- When is teabagging okay in first-person shooters?

This week we're borrowing one of Twitter's favorite pastimes: sharing opinions we know everyone's going to yell at us for. We're sorry, but we're not going to delete it. These are positions we'll stand behind—hills we'll die on even if we probably shouldn't, much like every sniper in a Battlefield game.

We've all got opinions we know are scarcely shared, so after you're done balking at our firmly-held beliefs, let us know in the comments: What's your most unpopular gaming opinion?

I'm definitely in the small percentage of people who believes this. There's a lot of discussion about cut content in MGS5, stemming mostly from this footage of a missing mission 51, which really just acts as a finale to the Eli (Liquid) arc in MGS5, and not the entire game. I do think the game's existing ending wraps up what this very unusual Metal Gear is about perfectly—it touches upon the player's role in the game, the oddly quiet portrayal of Snake and the themes that are explored in the loose bits of story you actually get to see and hear in MGS5.

I wouldn't go as far as saying MGS5's story is good—it isn't, although I find its lack of cutscenes pleasing these days versus the likes of MGS2 and MGS4—but the ending's big reveal stayed with me for a long time. I wrote about it a few years ago.

This is my bullshit.

Joe Donnelly: The Witcher 3 is a good but not great game

I like The Witcher 3. I like its characters and its storylines. I like its subplots, its thoughtful sidequests and its sprawling world. Its Blood and Wine expansion is great fun. And I don't mind its indulgent, gratuitous sex scenes.

But I do not get on with its combat. In fact I really, really don't like its combat. It's imprecise and clunky, and for someone so well studied in martial arts, Geralt controls like a tank. So much so, I bounced off the game twice before persevering enough to overlook its fighting mechanics. Its levelling up system is a pain in the arse as well. For me, The Witcher 3 is good but not great. Despite what my colleagues say.

Tim Clark: Bungie should give up on PvP

Oh my god the state of Joe's take.

Anyway, I don't know if my opinion is actually unpopular, but Wes laughed right in my face when I voiced it in the office so I assume it counts. Bungie should give up on PvP entirely. The glory days of Halo multiplayer are long gone, and in the year of our lord 2018 it's fine not to split your resources between singe and multiplayer game design. Destiny 2 would be in a much better spot if the studio was entirely devoted to creating brilliant raids, strikes, story missions and other alien-shooting activities. Moreover—yes I said moreover—trying to balance a game unilaterally between PvE and PvP is a fool's errand. By focusing purely on the single-player stuff, the designers would be able to create all manner of insanely cool and overpowered weapons and gear without simultaneously creating a salt mountain of crybaby PvPers. I'm sure all the PvP devs are nice people so with a small amount of retraining can stick around and make more PvE stuff. I'm not a monster after all.

All that said, I did really like Gambit, so maybe it's me who is the fool.

From the very first Assassin's Creed, people have been complaining about those bits where you're yanked out of whichever historical setting you're currently stabbing your way around and into the present day. But if you've ever wondered who actually likes them, and why they keep appearing, it's because of me.

See, I'm actually quite into Assassin's Creed lore, which is an unpopular opinion in and of itself. I'm aware that it's ludicrous, hokey sci-fi nonsense, but that's precisely why I like it. It's a story I've been following for years, and I like how each game tells a different part of it in a different way—often via those present day sections. I thought setting part of Black Flag in an analogue of of Ubisoft itself was pretty clever, actually.

I also like the change of scenery. These sections are never that long, and I find the change in tone and atmosphere appealing, just to break things up a bit. I don't like ALL of these levels, though. That stuff in Revelations where you have to shove blocks around and solve puzzles was weird. But mostly I'm into it. And I'm sorry.

Change 'games' to 'television' or 'smart phones' and no one would have a problem with that statement, but the standard industry response to even the suggestion that games can potentially be bad for us is a frenzy of anecdotes about all the good things games have done for them. It defeats their argument: if games are powerful enough to change us for the better, it follows that they can change us for the worse, too.

I get being defensive when pop-psychologists and politicians and hack lawyers get involved, and I'm against political intervention (I'm against politicians in general!), but I wish devs and publishers would stop treating games like shining golden stars that are saving the world, losing their shit any time a cultural theorist so much as asks a question. Though, of course, it is in the best interest of publishers to tell us that mass consumption of their $60 products makes us and the world better, with absolutely no negative effects whatsoever, unlike every other form of mass media.

It's sad that this even counts as an unpopular opinion, but I think too many gaming hobbyists lionise the '80s and '90s as if it was some untouchable golden age of gaming. If you hang around in certain subreddits, subscribe to certain YouTubers or read certain webcomics, you might easily be fooled into thinking the past was an idyllic utopia that has been ruined by such modern concepts as DLC and day-one patches and microtransactions and accessibility and easier toolsets that open up development to more people than ever. The problem is that's rubbish. The past, frequently, sucked. Games were often broken. Hardware was often incompatible. Developers would often mistake complexity for depth.

Today, broken games are more likely to be fixed, hardware is easier to understand, and gaming as a whole is more vast, experimental and interesting. 2018 is a better year to be a PC gamer than ever. By all means love the games of a bygone era, but let's not rose-tint the past in order to make cheap points against the annoyances of the present. At best it's dishonest, at worst it promotes a form of gatekeeping that actively hurts the hobby.

Steven Messner: World of Warcraft is better than it has ever been

There. I said it. As a long time player, I'm well aware of the zealous adoration people heave on Warcraft's older expansions, but I cannot help but think most of that fondness is inextricably linked to nostalgia for what an exciting and novel thing the internet was back in the day. World of Warcraft was an enchanting experience in the late 2000s not because it was a good game, but because the idea of jumping online with a group of strangers and exploring a persistent world was just something most people had never seen before. At the time, World of Warcraft struck a perfect balance between being immersive but also being accessible—a big change from the hardcore MMOs that came before. But as times change and we all grow older, Blizzard has had to recalibrate what "accessible" means, and the result is a game that is loads more fun to play for shorter periods of time. The tradeoff, unfortunately, is that World of Warcraft isn't exactly that immersive and coherent world we all remember—largely due to the fact that our expectations have also grown considerably. So while the "World" in Warcraft isn't as spellbinding, 28-year-old me appreciates that this is no longer a game that requires eight hours a day to play and the time I do spend is usually doing something meaningful instead of sitting in Stormwind trying to get a full group together to run a dungeon.

James Davenport: The only reason you don't like Fortnite is that you're too lazy to try

I remember first learning how to control an FPS with a mouse and keyboard. It wasn't easy, as natural as it feels today. Once I learned how not to stare at the floor while running sideways, figuring out how to crouch and tap the number keys to switch weapons felt like an impossible task. Again, here I am, a capable number-tapper. And when I started playing Fortnite, reaching the function keys to place building tiles also felt impossible, because it was. I remapped those suckers to reasonable keys, and through the same persistence that gave me mouselook, I learned to make tiny, shitty forts. But Forts just un-shitty enough to protect me from bullets.

Nearly everyone I talk to that loves shooters won't give Fortnite a go, all because they 'don't get the building'. You may not get or like the building because you're unfamiliar with it. So many people I respect scoff at Fortnite as some trendy teen game, only because they're too stubborn to learn anything CS or Halo didn't teach them. But I'm the pinnacle of mediocrity when it comes to mastering games, and even I figured out how to build. Point is, Fortnite is a wholly unique tactical arena shooter for anyone willing to watch a few YouTube videos and take a few spills in practice. Chances are, you're denying yourself a lot of fun. Plus it's free, and you're not getting any better at CS:GO anyway.