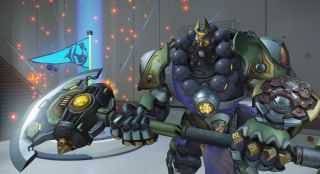 This weekend, all eyes will be on the CS:GO ELEAGUE Major as the world’s best teams battle it out in Atlanta for their chance to win $1,000,000. There’s plenty to watch, from top-tier Overwatch to the League of Legends EU and NA Spring split. We even have some top quality from the Heroes of the Storm: Global Championship. All the details on this weekend’s events can be found below. Have a great weekend!

The CS:GO ELEAGUE quarterfinals begin today as Natus Vincere and Astralis take to the stage. We expect flamie will bring the firepower Navi needs to beat Astralis in the upcoming match, but we’ll have to see if his precise bursting and multi-kill capabilities are enough to stop their onslaught. The competition has already been extremely fierce as teams battle not only for progress, but survival. The schedule can be found here, while the event will be streamed live via the ELEAGUE channel on Twitch.

NGE's Winter Premiere tournament now has its top four teams, who will be advancing to the live LAN finals at PAX South: Immortals, Kungarna, compLexity and Luminosity Gaming. Many fans are excited to see how Kungarna handles themselves against some of the more established teams, as they are considered to be the underdog going into the semifinals. However, every team will be looking to snag their share of the $100,000 prize pool and claim this year’s title. Semifinals kick off today at 10:00 PST / 19:00 CET, while the finals start the following day. The event can be watched over on Twitch.

Once again, H2k and G2 clearly showed their dominance and as they prove they have what it takes to battle it out at the grand finals. G2’s offseason training had greatly improved their performance on the Rift and this was shown when they defeated Fnatic and ROCCAT in week one. However, teams like Fnatic, UOL, Misfits and Giants have yet to improve and show their fans that they can challenge the top contenders. The full schedule and stream can be found over on LoL Esports.

Both Cloud9 and OG Cloud9 AKA FlyQuest are currently sitting at the top of the table after what seemed to be a repeat of last year’s events. Echo Fox struggled to close out games and Counter Logic Gaming nearly gave their fans multiple heart attacks. However, most eyes were focussed on the rookie NA junglers and Korean import top laners who made their debuts in this year’s LCS. We’re even starting to see just how OP Camille is. The full schedule and stream can be found over on LoL Esports.

Heroes of the Storm: Global Championship

Week one was arguably Misfits most challenging week of their entire season. The team had spent a lengthy amount of time out of the public eye and no one knew how the team would perform, especially against Team Dignitas and Fnatic. However, Misfits managed to come out on top, proving to critics and fans alike that they’re still a top contender. Tempo Storm will face Team Freedom today at 14:00 PST / 23:00 CET. The full schedule and stream can be found here.