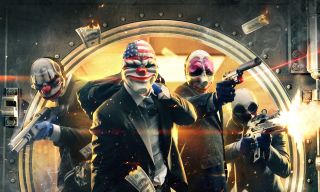 Most of us have to just wait for Steam sales when we can't afford a new game, but not US Representative Duncan D. Hunter, who pinched some money out of his campaign fund to, among other things, purchase games on Steam.

Hunter pleaded guilty to stealing hundreds of thousands of dollars to fund his family's lifestyle, including multiple holidays and things as mundane as food shopping, between 2010 and 2016. Hunter also gave his wife, Margaret, a campaign credit card, so she was also able to rack up a bill with misappropriated funds.

The press release from the US Attorney's Office (posted by Frocharocha on Reddit) only mentions videogames generally, but a 2016 story in The San Diego Union-Tribune written when Hunter first started being questioned goes into more specifics. The congressman included a whopping $1,302 Steam bill on a campaign finance disclosure for 2015. In this case, he added a note that it was a personal expense that would be paid back, but by the time of the story no payment had been recorded.

Hunter blamed his son for one game, claiming that the rest came from unauthorised charges. He was given a month to rectify that, and while it's not clear if he did, it obviously barely scraped the surface.

Margaret Hunter pleaded guilty earlier in the year, so it looks like he left his wife hanging there for a few months before copping up to his own criminal shenanigans. Sentencing won't take place until March 2020, with the maximum penalty being five years in prison and a $250,000 fine.