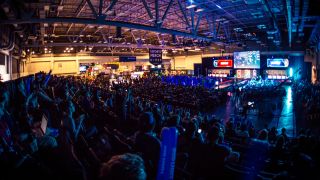 The Dota 2 International continues to make headlines and its prize pool has now topped $20.7 million, breaking last year’s record. The tournament is just around the corner, but there’s still plenty of digital events for you to feast your eyes on. Fans of CS:GO can enjoy the intense firefights of the PGL Major Krakow 2017, while DreamHack Atlanta kicks off with a whole host of events to be enjoyed. We even have the Overwatch World Cup: Sydney Qualifier to look forward to. All the details on this weekend’s events can be found below.

After six weeks of play North America’s standings have never looked this close as Counter Logic Gaming, Immortals and Team SoloMid are currently first place. These teams are the best in the league at the moment and their mechanical mastery and understanding of the meta has allowed them to obliterate any competition. If these three teams can maintain this performance, their semi-final match up should be a treat for all of League fans. Meanwhile, in Europe Fnatic continues to dominate the Group A standings with seven wins and only one loss, but Unicorns of Love and H2K are close behind them in Group B. We shall have to see whether UoL have what it takes to land a critical blow to Fnatic this Saturday. Both schedules and streams for the EU and NA LCS can be found by heading over to lolesports.com.

As the esports world continues to eagerly wait for The International 2017, we have some weekend Dota 2 action to tide us over with the DreamLeague Season 7 playoffs. Four teams from across North America and Europe will head to Atlanta where they will battle it out for their chance to win the title and the $175,000 prize pool. Team Secret is kicking things off today at 08:00 PDT / 17:00 CEST when they take on Planet Odd, while Team Liquid face Vega Squadron at 11:00 PDT / 20:00. The full schedule and stream can be found here.

The DreamHack Open returns to the United States where eight teams will clash for a $100,000 cash prize, as well as the Champions' trophy. Teams will play best-of-one, double-elimination matches and the two top teams from each group will secure a placement in the semi-finals. However, those who fail to qualify will face off in single-elimination, best-of-three match-up in a bid to land the final two spots available. Familiar teams like Renegades, GODSENT and Team EnVyUs will be present at the tournament, so expect plenty of tense firefights. HellRaisers are kicking off the event and will take on Binary Dragons today at 10:00 PDT / 19:00 CEST, while Team EnVyUs will tackle NRG at 11:30 PDT / 20:30 CEST. Make sure to head over to DreamHack’s official site to find the full stream and schedule.

The group stage of the major tournament saw teams from around the world battle it for the chance to make it to this Friday’s quarterfinals. Gambit Esports and BIG came out on top during the group stage and Gambit will be aiming to maintain their performance today at 04:00 PDT / 13:00 CEST when they take on Fnatic. Meanwhile, SK Gaming and Astralis will duke it out at 07:30 PDT / 16:30 CEST to see who has what it takes to make it the semifinals. The full schedule and stream can be found over on major.pglesports.com.

The Global StarCraft League continues to heat up as Korea’s finest battle it out for their chance to win the $152,100 prize pool and a guaranteed spot for the champion in the WCS Global Finals. These matches are extremely important to both veteran and rookie players looking to kickstart and maintain their StarCraft II careers, so expect plenty of drama this weekend. Group H’s matches begin today at 21:00 PDT / 06:00 CEST and will continue throughout the day. The full weekend’s schedule and stream can be found by heading over to wcs.starcraft2.com.

The Overwatch World Cup Shanghai Qualifier took place last weekend and France qualified after dropping only two out of twelve matches. Meanwhile, China qualified for advancement, going undefeated against Norway, Hong Kong and Romania. This weekend we’re heading to the Star Event Centre in Sydney to see which country will advance to the playoffs. The full schedule can be found by heading over to Blizzard’s official site, while the stream can be viewed over on Twitch.

The Hearthstone Global Games tournament enters week 15 of play today and every team has been fighting hard to claim the top spot in phase two. The Group of 16 matches concluded yesterday for US viewers, but those of you in Europe can catch all the action today at 06:00 CEST. It’s a long road ahead for the pros and every team will be fighting hard to secure the $300,000 prize pool in phase two of the tournament. The full schedule and stream for week four can be found here.

The Hearthstone action doesn’t stop there as we head to Atlanta for the DreamHack Grand Prix where players will test their mettle to see who is top dog. The turnout in 2016 was the largest amount of players the Grand Prix has ever seen and DreamHack aims to top this with their latest tournament. However, only the best Hearthstone player will take the title and the £25,000 prize pool. Make sure you head over to DreamHack’s official site to see the full tournament breakdown, schedule and stream.

Phase two of the HGC is well underway and teams from around the world will continue to battle it out for the $425,000 prize pool. Team Freedom still remains in the lead in North America after they beat Roll20 esports last weekend. However, Tempo Storm will be aiming to stop Team Freedom’s dominant run this Saturday. Meanwhile, Fnatic continues to lead the European bracket and Team expert will be hoping to take down Team Liquid to close the gap. Each team has their eyes firmly set on the next Western Clash in August, so every victory will help increase the chance of taking the title. Make sure you head over to heroesofthestorm.com to find the schedule and stream for all the matches being played this weekend.