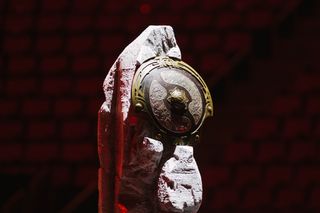 It’s been an action-packed month so far and various tournaments are nearing the finish line, while others are just getting started. There’s still plenty of action from the Dota 2: International 7 Main Qualifiers to the Hearthstone: Wild Open Playoffs. We even have the CS:GO: PGL Major Kraków 2017 Offline Qualifier to look forward to. All the details on this weekend’s events can be found below.

Immortals continued to dominate the competition in week four coming out on top in their match against Counter Logic Gaming with a 2-0 sweep. The first game started out with a strong early-game from Immortals, but they struggled to turn that lead into any significant objectives. This quickly changed when CLG made several poor teamfights that resulted in IMT taking objectives. CLG struggled to defend their base as structures fell all around them and they eventually fell to the mounting pressure. Dardoch started game two with some strong early ganks that gave CLG and early lead, however, CLG suffered the same problem as the first game and they constantly engaged in unwinnable team fights. Meanwhile, IMT simply punished CLG’s over-aggression and methodically took objectives until they closed out the game. Week 5 starts today and we shall see whether anyone can contest IMT for the top spot. The full schedule and stream can found by heading over to lolesports.com.

Fnatic still remain at the top of the leaderboard and they show no signs of slowing down as we enter week five of play. The ultra-aggressive attrition approach employed by FNC has been extremely successful and ROCCAT has been the only team that has been able to punish their playstyle. However, H2K decided not to follow in ROCCAT’s footsteps, as they chose to engage Fnatic head-on. This decision proved to be extremely detrimental and FNC’s aggressive playstyle simply went unpunished. FNC constantly continued to ramp up the pressure throughout both games and secured a quick 2-0 victory, putting them firmly at the top of the leaderboard. FNC will be aiming to continue this success when they face Splyce today. The full schedule and stream can found by heading over to lolesports.com.

The Dota 2 International main qualifiers wrapped up for most regions yesterday, but China will finish their qualifier matches today. For many professional teams these qualifiers are the most important steps towards a successful season. The main qualifier features a two stage format and only 60 teams (10 from each region) will eventually make it to the gruelling group stage of the tournament. The winning team will secure their share of the massive $1,600,000 prize pool and claim international glory. The full schedule and stream for each region can be found by heading over to dotabuff.com.

Sixteen teams from various regions have made their way to the PGL Studio in Bucharest, Romania where they will clash to determine the eight participants who will be joining the eight Legends in July 16th. CS:GO teams GODSENT, G2 Esports, Team Liquid and Team Dignitas are just a few of the teams that will participate in the PGL Major offline qualifier. These teams will battle their way through a best-of-one Swiss format over the course of four days. The Teams that manage qualify will be invited to participate at the LAN finals in Poland, whilst those who fail will be packing their bags for the disappointing journey home. Today’s matches begin at 00:00 PDT / 09:00 CEST and continue throughout the day. The stream can be found by heading over to Twitch.

Overwatch Apex Season three continues to heat up as the top teams from each group head into today’s semifinals. The finals are fast approaching and every team will be trying to claim the $177,055 prize pool. Today’s match will see AF.Blue take on Lunatic-Hai at 03:00 PDT / 12:00 CEST, while the match between KongDoo Panthera and Team EnVyUs starts July 4 at the same time. Make sure to check out the full stream over on Twitch.

The Hearthstone Global Games tournament enters week 12 of play today and every team has been fighting hard to claim the top spot in phase two. Half the teams from the original 48 have now been knocked out and the remaining players will be hoping to make it to the next stage. Group C and Group D’s matches concluded yesterday for US viewers, but those of you in Europe can catch all the action today at 03:00 CEST. It’s a long road ahead for the pros and every team will be fighting hard to secure the $300,000 prize pool in phase two of the tournament. The full schedule and stream for week four can be found here.

The first ever official Wild Open Hearthstone tournament will take place this weekend where 64 players from the Americas, Europe, and Asia-Pacific will battle it out. Competition will be fierce and only the best players will have a shot at claiming the $25,000 prize pool. The Hearthstone Wild Open will be played in a best-of-five Conquest format with one ban. Online qualifiers took place June 9 and now the top two players from the Americas, Europe, and Asia-Pacific will advance to the single elimination playoffs, where they will be joined by the top two players from China. The playoffs start Saturday at 10:00 PDT / 19:00 CEST and continue at the same time tomorrow. The full schedule and stream can be found here.

Phase two of the HGC is well underway and teams from around the world will continue to battle it out for the $425,000 USD prize pool. Gale Force eSports still remain on top and they will be aiming to take down Tempo Storm this weekend. However, Roll20 did manage to maintain an even footing with Gale Force and while the team eventually lost, they did show some promising plays that they will be aiming to improve in week two. Each team has their eyes firmly set on the next Western Clash in August, so every victory will help increase the chance of taking the title. Make sure you head over to heroesofthestorm.com to find the schedule and stream for all the matches being played this weekend.